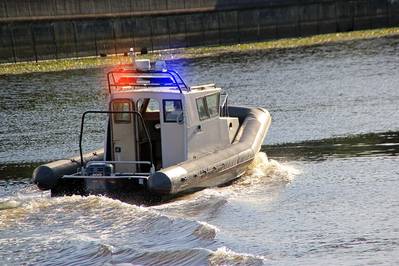 The European Union Council officially adopted the Commission's proposal to reinforce the European Border and Coast Guard, an agency that will acquire its own equipment, such as vessels, planes and vehicles, a will have a standing corps of 10,000 border guards. The move was announced to respond to the challenges facing Europe in managing migration and its external borders.

“Today the European Union has achieved an ambitious task of transforming the EU border agency, Frontex, into a fully-fledged European Border and Coast Guard. This Agency will be equipped to offer tangible support to Member States to manage the EU's external border – wherever and whenever needed,” said First Vice-President Frans Timmermans and Commissioner for Home Affairs, Migration and Citizenship Dimitris Avramopoulos in a joint statement. “From less than 300 border guards on the ground in 2014, the European Border and Coast Guard is now deploying around 1,300 officers and will soon have a 10,000-strong standing corps available for deployment.”

While Member States will remain responsible for the management of external borders, the standing corps will provide operational support on the ground. Its officers will be able to assist national border guards in conducting identity and document checks, with border surveillance and return operations.