India Lines Up Port for Rice, Exports to Surge Amid Global Shortage 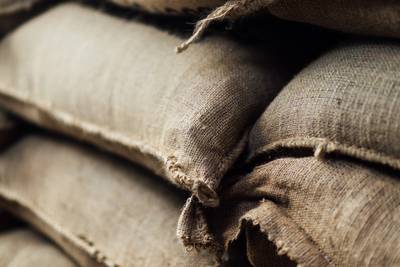 India’s southern state of Andhra Pradesh will use a deepwater port to export rice for the first time in decades amid a global shortage of the grain, according to a government order seen by Reuters, which could raise shipments this year by a fifth.

Congestion at the Kakinada Anchorage Port, India’s biggest rice-handling facility, had led to a waiting period of up to four weeks compared with the normal wait of about a week, raising costs for shippers and limiting exports, said B.V. Krishna Rao, president of the Rice Exporters Association of India.

The government blamed the congestion on a surge in demand, driven by production shortfalls in other rice-producing countries. Thailand and Vietnam are the other big suppliers, but their production has fallen in recent months because of excessive rains or drought, sending their prices to multi-year highs.

The move means monthly exports from Andhra Pradesh alone will double to 650,000 tonnes, Rao said, adding that rice shipping would begin in the deepwater port within days.

India’s rice exports this year could rise to a record 16 million to 17 million tonnes from last year’s 14.2 million, Rao said.

“We are also investing to expand capacity at the old Anchorage Port,” Agarwal told Reuters.

The South Asian country has a massive surplus for export and prices are competitive, but some international buyers switched to Thailand and Vietnam because of the shipping delays, said a Mumbai-based dealer with a global trading firm, who declined to be identified because of the sensitivity of the matter.

“In the next few weeks India can start fulfilling orders promptly,” the Mumbai dealer said. “In that situation Thailand and Vietnam will have no choice but to cut prices to retain existing buyers.”