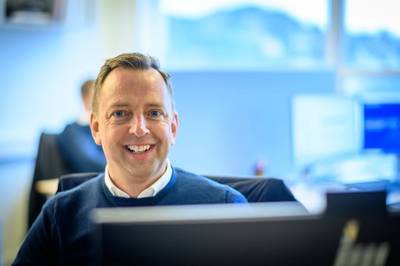 Investment company Incus Investor has changed its name to Scana ASA and embarked on a new course as parent company for a group of equipment and service suppliers to the maritime industry. The head office will move from Stavanger to Bergen.

Through its subsidiaries, Incus Investor has managed a broad Nordic industrial history that stretches back hundreds of years. As part of the company's new strategy, the board is planning an offensive maritime venture.

Many probably recognize the new Scana name. Not only was Incus Investors formerly named Scana Industrier, but several current and former subsidiaries have also had Scana as part of their company names.

“As we now take back the Scana name, we are leaving behind some difficult years as Incus Investor and look forward to a new effort based on our proud background. Historically, we have been positioned heavier in the steel and heavy industries, but Scana also has strong expertise and a clear DNA from the maritime industry. It is with this DNA we have chosen to build the company's new platform, and our venture is strengthened by the fact that Scana's maritime products and services already have a strong reputation among customers,” CEO Styrk Bekkenes said.

As part of the implementation of the new business strategy, the company will move Scana's head office from Stavanger to Bergen and adjust the parent company’s costs to its current activity level.