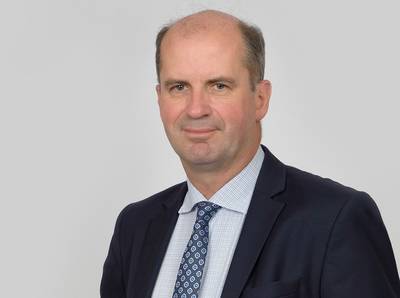 Hawkins died in the hospital on August 20, having suffered a heart attack in early July. His funeral took place in Athens on Monday.

Announcing his death, David Wareing and Tony Goldsmith, heads of Hill Dickinson’s Marine and Trade Group, said, “It is with enormous sadness that we have to inform you of the passing of our much loved colleague Patrick Hawkins. Patrick’s total commitment to his work and clients continued until the day he was taken ill which makes his passing even more of a shock to all his colleagues and friends in Hill Dickinson.

“That shock will be shared by all of you who worked with Patrick over his 33 years of association with Hill Dickinson and Hill Taylor Dickinson and in particular the last 26 years as founding partner and head of our Piraeus Office. Our thoughts at this time are with Vicky, his two daughters Myrto and Thalia, his brother Mike and all members of his family in Greece and the UK. He will be greatly missed in both countries by so many of us in the marine industry.”

Hill Dickinson says tributes to the 59-year-old industry giant have been flooding in from clients, colleagues and maritime associates. In addition to an outpouring of respect for this “extremely knowledgeable”, “dedicated” and “principled practitioner of the law”, many recall with fondness Hawkins’ “charm, modesty and tremendous sense of humor”.

David Pitlarge, Hill Dickinson partner, who was recruited by Hawkins in Piraeus in 2005, recalled, “As a practitioner Patrick was extremely knowledgeable, quick and tremendously versatile. He had a genuine mastery of the various esoteric aspects of shipping law, knowledge of which is required to advise shipping clients. He also understood – very well – all aspects of the law of marine insurance – most recently successfully taking the landmark, and important, case of the Renos to the Supreme Court. This was reflected in his wide client base which included some of the world's leading shipowners, P&I insurers and salvors.

“Patrick had a very solid foundation in terms of knowledge of the law and could deploy that quickly, which is an asset in complex situations. Coupled with that was the intellectual rigor to adopt a methodical and forensic approach as and when the case required it. This was a winning combination.”

Piraeus colleague and partner Andrew Dyer stressed Hawkins’ “particular ability of being able combine a deep legal knowledge with an equally deep commercial appreciation of his clients’ objectives and the necessary commercial angle to resolving their legal problems.”

Hawkins was educated at Cambridge University and the College of Law, gaining first class honors in the Law Society finals. He qualified in 1987 and joined Hill Dickinson’s Liverpool office in the same year. On qualification as a solicitor he headed to Athens where he joined Greek law firm Vgenopoulos & Partners, leaving there in 1993 to set up the Piraeus Office of Hill Taylor Dickinson. In 2005 Hill Taylor Dickinson remerged with Hill Dickinson and Hawkins continued to lead the Piraeus Office until his death.

Fluent in Greek, Hawkins was heavily involved in both wet and dry litigation for the Greek shipping market. He regularly handled complex work in the High Court in the U.K. and in London-based arbitration proceedings. He had a particular expertise in salvage work, acting both for owners and their insurers as well as a number of leading salvors in the Greek market. Awarding him its ‘Leading Individual’ award in 2019, Legal 500 described Hawkins as ‘a leading figure in the market for many years’.

While being a leading practitioner in his own right he is particularly remembered within Hill Dickinson for his mentoring skills and his ability to nurture young talent. Many former colleagues have recalled the important influence he has had on their careers. Hill Dickinson colleague and partner in the Piraeus office, Maria Moisidou, remarked, “According to Patrick, success is measured by the number of the partners of the future he or she has mentored and created. Based on his own definition, Patrick was extremely successful, having shared his practice, knowledge and experience with the future generations by building up lasting relationships based on unlimited trust. So many of us would not be where we are now without Patrick.”

David Pitlarge added, “What made him so exceptional was the combination of his humility and unselfishness – often expressed by his willingness to involve others, often younger, more junior or less experienced than him, and give genuine respect to their views. I think one measure of his achievement and distinction is that not only did he succeed himself, showing great professional virtuosity in doing so, but also enabled many others to follow in his footsteps.”

David Wareing noted, “The strength and significance of our Greek office is a lasting legacy to Patrick’s supreme professionalism.”

Hill Dickinson has opened a virtual Book of Remembrance on its website and a commemorative service will be held in Greece as soon as pandemic restrictions are safely lifted.