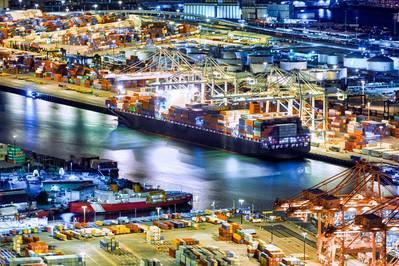 If you’re interested in the inside track in the federal infrastructure world, check out the upcoming Legislative Summit being planned by AAPA – the American Association of Port Authorities, scheduled for March 29-31 at the Washington Marriott at Metro Center.

A draft agenda is available and it’s a who’s who of heavy hitters, starting with DOT Secretary Pete Buttigieg, whose remarks precede a roundtable session titled “Now We Build!” Another session is titled “How Ports Get to the Front of the Line for Infrastructure Funds.” The speaker is Mitch Landrieu, White House Senior Advisor for Infrastructure Coordination. Again, this report is developed from the draft agenda, but the infrastructure focus is clear.

Also critically, and this is more valuable than many people sometimes realize, AAPA will arrange meetings with members of Congress and Department and Agency staff. Facetime is valuable for two reasons: it demonstrates commitment to a project or policy and, just as important, participants can reference their specific meeting, and its talking points, when asking about follow-up in the days or weeks after the meeting.