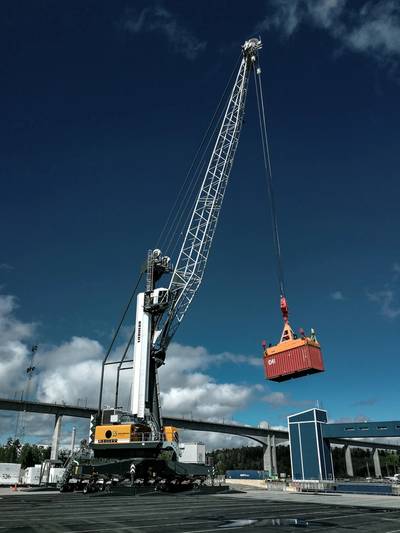 The first LHM 420 powered by HVO diesel was delivered to the Swedish port city of Södertälje. Image courtesy Liebherr

Liebherr reports that it had a record year in 2021 in its maritime mobile harbor crane business, logging an order intake volume of 80+ new units, a record level for the company.

Including additional sales of used units, Liebherr mobile harbor cranes were ordered from 31 different countries. The company reports strong
growth in the Middle East and West Africa regions and stable core markets in Europe as well as North and South America. As in previous years, the LHM 550 is the most popular crane, closely followed by the LHM 420. A strong increase in sales of the LHM 800 was recorded, which more than tripled compared to the previous year.

The company reports that another record was set in the area of portal cranes, as Liebherr has never before sold asvmany harbor cranes with a portal substructure. More than 20 new units were Liebherr Portal Slewing Cranes (LPS). The leading steel manufacturer in Italy, Acciaierie d'Italia, ordered four new LPS 800 portal cranes. The four machines are 100% electrically powered and allow for emission-free bulk handling. They are also
equipped with Liebherr's Pactronic hybrid system, which supplies the crane with additional power when required.

Almost half of all mobile harbour cranes sold in 2021 were equipped with an electric main drive and thus  equipped for emission-free cargo handling. The demand for various electric drive solutions has doubled when compared to the sales year 2019. "We see that our sophisticated electric motors are revolutionizing port handling," said Andreas Ritschel, Deputy Sales Manager for Liebherr Mobile Harbor Cranes. "Together with our customers, we will continue on the path to sustainable ports. Our innovative cranes and the development of CO2-neutral drive technology is inspiring the industry." 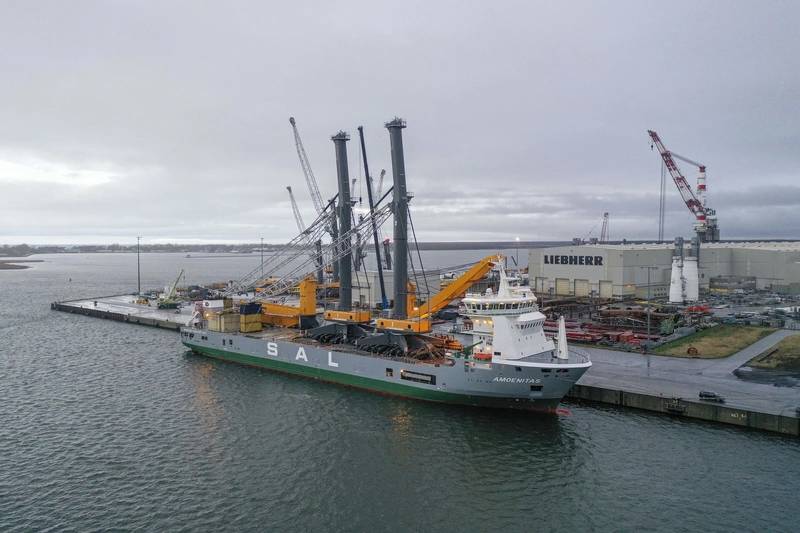 "We want to further strengthen the handling performance at our bulk terminal. In the coming year, we are not only investing in a new crane to be even more efficient, but we also want to make our contribution to sustainability," says Karsten Lentz Managing Director of the Euroports Germany Group.

Africa has been experiencing an economic upswing for several years now, accompanied by extensive investments in infrastructure. The continent is expected to have enormous economic potential in the future. This development has been reflected in African ports for years and is also visible in 2021, especially for container handling LHMs. Liebherr has delivered two new LHM 800s in the high-rise variant to the Sogester Container Terminal in Angola. Shortly before the end of the year, two more LHM 800s were shipped to Togo. The customer TIL Terminals will use the two giants for container handling in the port of Lomé.

In addition to the various electric solutions, Liebherr also offers the possibility of operating diesel-powered equipment in a more environmentally friendly way. In the first half of the year, the first LHM 420 powered by HVO diesel was delivered to the Swedish port city of Södertälje. HVO Renewable Diesel is a fossil-free premium diesel product made from 100% renewable raw materials that emits no additional carbon dioxide into the atmosphere. A further step towards sustainability was achieved in September of 2021 when Liebherr-MCCtec was awarded the EcoVadis Gold Medal. 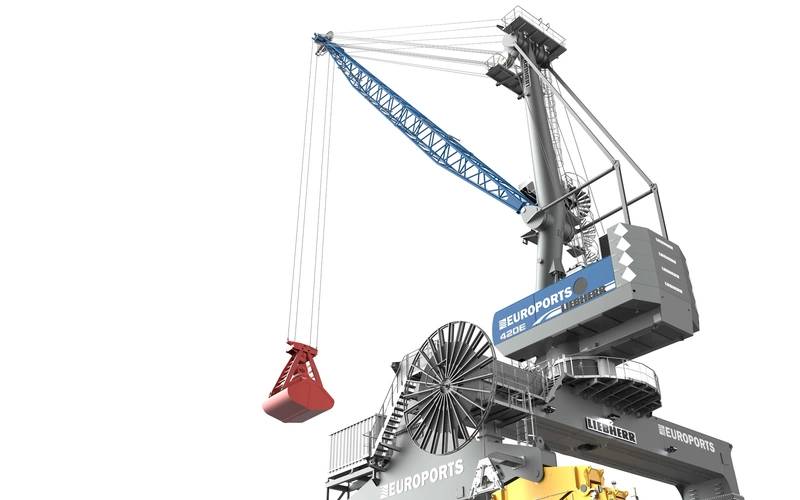 LPS 420 E sales have been consistently stable since its market launch, six gantry cranes were sold in 2021 - one of them to
Euroports Germany. Image courtesy Liebherr