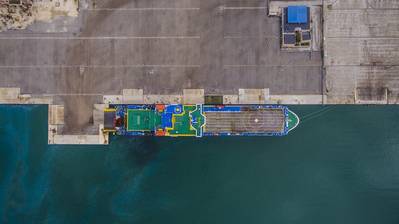 Greece on Friday received nine non-binding bids for a 67% stake in Igoumenitsa port, its privatization agency said on Friday.

Bids were submitted by Aegean Oil, Attica Holdings and a consortium of Archirodon Group and ANEK & Trident Hellas Group.

The deadline for bidding expired at 1500 GMT on Friday.

Greece embarked on an ambitious privatization plan in 2010, at the start of a decade-long financial crisis, to help reduce its public debt and attract investors to overhaul and boost the business efficiency of its assets.

Athens has raised about 7 billion euros so far from the program, which includes the sale of a majority stake in Alexandroupolis port and the sub-concession for the operation of a multipurpose port terminal in Kavala, both in northern Greece.