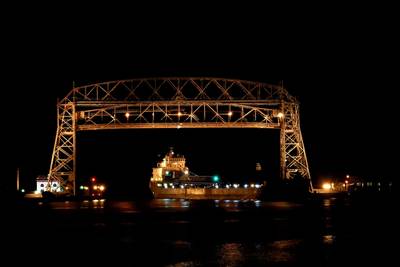 Shipments of limestone on the Great Lakes totaled nearly 4 million tons in August, a near carbon copy of both a year ago and July of this year, The Lake Carriers’ Association reports. The 3,941,085 tons of limestone cargos in August also bettered the month’s five-year average by 5.8 percent.

Loadings from U.S. quarries totaled 3.248 million tons, a decrease 3.3 percent, or 110,000 tons, compared to a year ago, LCA said. Shipments from Canadian quarries, meanwhile, totaled 693,003 tons, an increase of 9.4 percent or roughly three loads in a mid-sized laker.