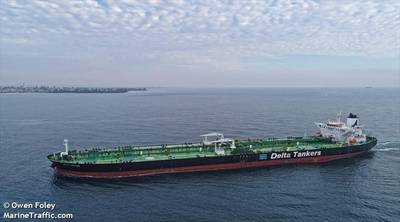 An oil tanker is expected to load crude at Libya’s Marsa el-Hariga terminal this week, the first since a blockade by eastern forces in January slashed the OPEC member’s oil production to a trickle.

The Delta Hellas tanker will enter Libya’s Hariga port on Wednesday and load 1 million barrels of oil from the port’s storage, the Arabian Gulf Oil Co which operates the port said in a statement.

Eastern Libyan commander Khalifa Haftar said last week his forces would lift their eight-month blockade of oil exports, which depressed the OPEC member’s production down to around 100,000 barrel per day (bpd).

Trading arm of China’s Sinopec , Unipec- which prior to the blockade was one of the main lifters of Mesla and Sarir crude grades from the terminal- booked the tanker, two trading sources said.

Unipec also booked the Marlin Shikoku tanker, which according to Refinitiv Eikon shipping data is expected to arrive at Hariga on Thursday.

This comes as the National Oil Corporation (NOC) seeks to gradually boost production, with output expected to rise to around 260,000 bpd next week.

Before the blockade, Libya produced around 1.2 million bpd, or more than 1% of global production.

NOC, which said it would only resume at ports and oilfields that are free of military presence, has so far announced oil export resumption from the Hariga, Brega and Zueitina terminals.