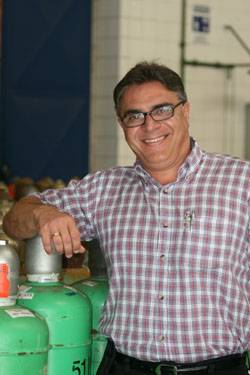 Wilhelmsen Ships Service (WSS) annonced plans to expand in South America to serve the growing cruise and offshore sectors.
Prior to this month’s Cruise Shipping Miami, Area Director Henrique Schlaepfer said: “South America continues to be an area of concentrated investment for WSS. Over the last year we have put in place a new management team with responsibility for almost 200 employees, operating in key positions in Brazil, Colombia, Chile and Argentina”.
In sharp contrast to its presence within the region less than four years ago, WSS no longer relies solely on the North American market, with South America today representing 20% of the regional business.
Since 2009, Wilhelmsen Ships Service has opened a base at Ponta da Madeira in the Amazon Region of Brazil to accommodate mineral segment demand as well as agency services in Colombia, Ecuador, Peru and Chile. In addition, five separate locations in South America are preparing to provide ships services from WSS to the cruise sector, as well as, roro, dry bulk and general cargo, with activity in each of these areas increasing steadily.
Last year saw WSS open its first South American Liferaft Service Station in Chile, following an acquisition in 2010. WSS Chile now distributes the full range of WSS products and services, including firefighting equipment and liferafts, as well as lifejackets and survival suits, cargo port agency and freight forwarding.
For WSS in South America, activities do not stop at the cruise market, with Schlaepfer himself believing that the offshore market has as much potential for growth here over the next five years as it does within the rest of the world.“Wilhelmsen Ships Service has huge potential within Brazil and South America in general and my mission is to realise this potential and ensure that we are meeting the demands of our customer now, and in the future.”
• South America • Brazil • Colombia