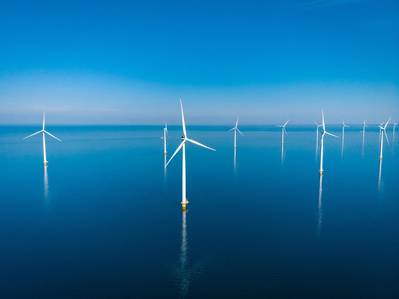 Norwegian energy company Equinor said it has been selected to provide New York State with offshore wind power in one of the United States' largest renewable energy procurements to date.

New York launched the solicitation in July 2020. The execution of the procurement award is subject to the negotiation of a purchase and sale agreement, which the partnership will aim to finalize with the New York State Energy Research and Development Authority (NYSERDA).

Beacon Wind is located more than 60 miles east of Montauk Point and 20 miles south of Nantucket and covers 128,000 acres. The lease was acquired in 2019 and has the potential to be developed with a total capacity of more than 2.4 GW. This first phase will have an installed capacity of 1,230 MW.

In September 2020, Equinor and BP announced that they formed a strategic partnership for offshore wind in the U.S., and that BP will be a 50% partner in the Equinor-operated Empire Wind and Beacon Wind assets on the U.S. East Coast. The transaction is expected to close in early 2021. 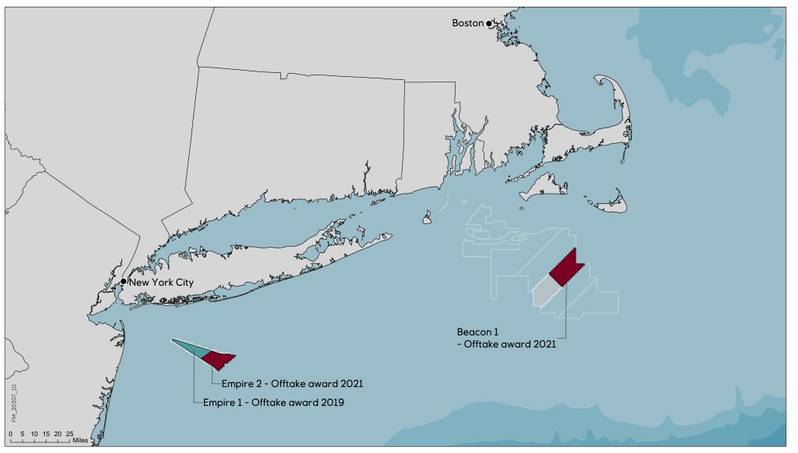 Momentum building
According to World Energy Reports' Offshore Wind Outlook, while the U.S. is an emerging offshore wind farm market with no utility-scale offshore wind farms in operation, it has the potential to be a top five player soon, with estimates of investment requirement of at least $57 billion to install up to 30 gigawatts by 2030 along the Atlantic Coast.

“The U.S. East Coast is one of the most attractive growth markets for offshore wind in the world,” said Anders Opedal, CEO of Equinor. “The successful bids for Empire Wind 2 and Beacon Wind 1 represent a game-changer for our offshore wind business in the U.S. and underline Equinor’s commitment to be a leading company in the energy transition. These projects will also create value through economies of scale and support our strategic ambition of becoming a global offshore wind major.”

New York's latest renewable energy procurement is the largest by a state in U.S. history. Upon completion, the two offshore wind farms will yield a combined 2,490 megawatts of carbon-free energy, bring another $8.9 billion in investment, and create more than 5,200 jobs.

“These projects will deliver homegrown, renewable electricity to New York and play a major role in the State’s ambitions of becoming a global offshore wind hub,” Opedal said.

As part of the award by NYSERDA, Equinor and BP will partner with the New York to transform the South Brooklyn Marine Terminal (SBMT) and the Port of Albany into largescale offshore wind working industrial facilities that position New York to become an offshore wind industry hub.

“Together, Equinor and the State of New York will create a robust offshore wind supply chain capable of manufacturing, assembling and staging these projects at scale. As Equinor works to expand its renewable energy presence across the United States and the globe, New York’s leadership clearly illustrates the transformative benefits of offshore wind on climate goals and economic activity alike,” said Siri Espedal Kindem, President of Equinor Wind U.S.

Equinor will invest in port upgrades to help transform SBMT into a offshore wind staging and assembling facility and become the operations and maintenance (O&M) base both for Equinor and other project developers going forward. SBMT will be one of the largest dedicated offshore wind port facilities in the United States at approximately 73 acres, with the capacity to accommodate wind turbine generator staging and assembly activities at the scale required by component manufacturers.

Equinor will combine forces with established wind industry companies Marmen and Welcon at the Port of Albany to help the port become America’s first offshore wind tower and transition piece manufacturing facility, where it will produce components for Equinor’s projects.

“With this plan, New York State will now have five active port facilities serving the offshore wind industry, more than any other state. These new ports will create 2,600 long- and short-term jobs and leverage almost $3 of private funding for every $1 of public funding, a combined $644 million investment in port facilities,” said New York Governor Andrew Cuomo, in his State of the State address on Wednesday.