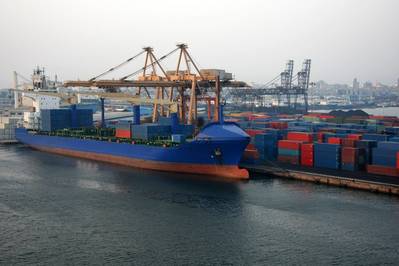 Egypt's finance ministry has put in place a package of measures to clear a backlog of goods piled up in port, a ministry statement said on Tuesday.

A severe shortage of foreign currency in Egypt over the last six months has sent banks and importers scrambling to pay for the letters of credit needed to get their cargo released from customs. Factories and retailers complain that production and sales have been hurt due to a lack of inputs.

The foreign exchange crisis was triggered by the Ukrainian war and interest rate hikes by the U.S. Federal Reserve.

The package, to be implemented "in the coming days", is designed to help reduce commodity prices paid by Egyptian citizens, Finance Minister Mohamed Maait said in the statement.

One measures will allow cargoes that have completed their customs procedures and are awaiting the "Model 4" financing to leave ports within "the next few days", the statement said.

Model 4 is a pledge issued by commercial banks to pay the foreign exporter, according to a 2017 central bank directive. Banks over the last six months have often lacked the foreign currency needed to issue the pledge.

Fines imposed on importers and investors for being late in completing customs procedures will also be suspended if caused by a lack of documents from concerned authorities.

This measure will reduce the financial burden on importers and discourage them from passing on higher prices to consumers.

In addition, shipping agents will be allowed to remove cargo from customs zones and place it in outside warehouses provided they pledge not to release it before they have received permission. This is to relieve investors and importers from the additional cost of storing cargo inside port warehouses.