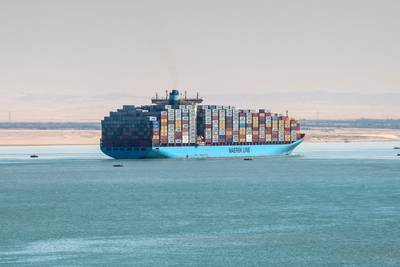 Egypt expects the Suez Canal's revenues to reach about $7 billion by the end of the current fiscal year, finance minister Mohamed Maait said on Saturday.

Tourism revenues are expected to reach between $10 billion and $12 billion by then, despite the Ukrainian crisis, he added. Egypt's fiscal year runs from July 1 to June 30.

The canal is the fastest shipping route between Europe and Asia and one of the Egyptian government's main sources of foreign currency.