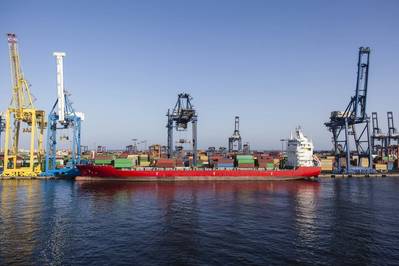 Egypt has started disposing of abandoned and dangerous materials at ports after the massive explosion in Beirut's port this month, the finance minister said on Sunday.

"What happened in Beirut made us examine our own situation and we actually got rid of large quantities of abandoned and neglected and dangerous materials that were in the ports," Mohamed Mait told parliament.

"There are materials that have been delivered to multiple ministries including oil and defense and interior, and by next December Egyptian ports will be completely cleaned."

A few days after the Beirut explosion, Egypt's civil aviation ministry said it had ordered a review of materials at airports and the transfer of any hazardous goods to safe storage.

The August 4 blast in Beirut, caused by the detonation of more than 2,000 tonnes of ammonium nitrate stored at its port, killed more than 170 people and wreaked destruction over swathes of the Lebanese capital.