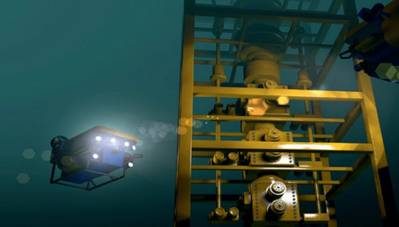 Unmanned systems are finding a growing number of applications in the maritime sector, and have the potential to make a significant contribution to safety and risk management, says the Allianz Global Corporate & Specialty's (AGCS) Safety and Shipping Review 2018.

These include assessing environmental pollution, monitoring cargo loading and pirate activity along coastlines and carrying out cargo tank inspections. Drones could enable faster, more informed decisionmaking on board, reducing the impact of any incident.

A number of companies are developing drones for sea-based search and rescue operations, as well as drones that can identify and warn swimmers of sharks. But drones are also finding some interesting commercial applications.

They are being used by class societies and marine surveyors to physically examine ships and cargo, while loss adjusters employ drones to assess damage to vessels. Allianz has already used drones to assess marine claims, as well as property claims in the aftermath of last year’s hurricanes and wildfires.

Operators are also using drones to assess the condition of assets, such as oil rigs, pipelines and offshore turbines, reducing the need for risky human inspections. In the North Sea, fishing vessels carrying drones are being used to undertake survey work and environmental monitoring.

Drones are likely to find many more uses in the maritime sector in the years to come, some of which could help prevent or mitigate losses, according to Volker Dierks, Head of Marine Hull Underwriting, AGCS Central & Eastern Europe.

“Drones make it simpler and quicker to examine a ship and its cargo, but it is easy to see how the technology could be used to assess environmental pollution damage or observe shipping traffic in congested transit routes,” says Dierks.

Drones will also have an increasing role in spotting and avoiding hazards at sea. EU NAVFOR’s anti-piracy naval mission has deployed drones to monitor the coast of Somalia and search for pirate activity.

“In the future we will see drones used to avoid hazards at sea. For example, they could be used by ships sailing in Arctic and Baltic waters to identify ice and show the route ahead,” says Volker Dierks.

If there is an incident, drones could also be used to assess damage, helping to mitigate losses, avoid loss of life or limit any potential environmental impact.

“If a vessel is grounded or suffers a collision – such as striking a reef – the crew could use a drone to assess the condition of the hull and the surroundings. This could allow for faster and more informed decision-making and reduce the impact of an incident,” says Dierks.

“If a captain has access to a drone on board it could help limit or prevent a loss – it could be used to assess possible buckling on a vessel that has sailed through heavy weather, for example.”