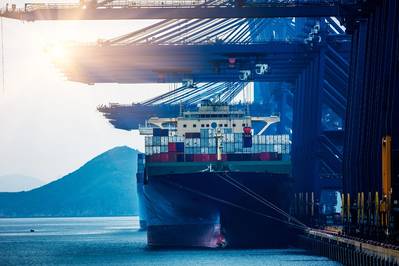 Deutsche Bank is selling a $1 billion portfolio of legacy shipping loans to an entity owned by funds managed by Oak Hill Advisors and Varde Partners, it said on Tuesday.

Reuters reported last week that the sale of the portfolio was imminent, as the bank draws a line under sour investments in the sector and starts a fresh push in transport lending.

Deutsche Bank said it was not exiting ship financing.

"Following this disposal and other derisking strategies we have implemented, the bank will be left with a performing and a run-off shipping book and can now focus on ship finance areas where it will continue to add value to clients, within defined risk parameters," the bank said.

The loan bundle, which financial sources said included both performing loans and distressed assets, has a notional value of $1 billion. The bank did not indicate the sale price.

Deutsche Bank has been seeking to reduce exposure to shipping and other maritime lending, such as port facilities, in the past couple of years.

At the end of March, its exposure to the sector was 4.1 billion euros, with 3.3 billion euros for vessel financing.

Cleaning up its transport financing book is part of Deutsche Bank's efforts to overhaul its operations. The plans include cutting headcount to below 90,000 from 97,000.

Christian Sewing, the new CEO, has said the bank wants to scale back its global investment operations and focus on Europe and its home market after three consecutive years of losses.

Selling sour shipping loans will leave only a small volume of bad debt, enabling Deutsche Bank to increase exposure to the sector again, one of the sources said.