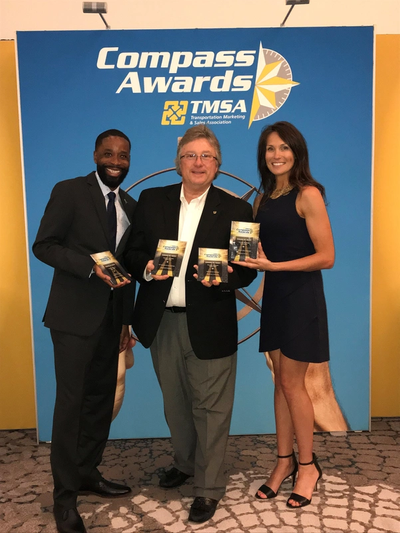 The honors were awarded after a team of TMSA industry expert judges evaluated the company’s submitted marketing and sales campaigns in several key areas, including concept, creativity, execution, measurable business results and ability to fulfill stated goals. The TMSA Compass Awards are considered the highest level of professional achievement and recognition in marketing, communications and sales in the transportation, logistics and passenger transit marketplace.

In the category of Integrated Campaign, Crowley received Awards of Merit for:

In the Digital Advertising category, the company received awards for:

"The TMSA Compass Awards Program provides transportation and logistics companies with the opportunity to showcase their best work in marketing and communication strategies and sales performance," said Brian Everett, CEO of TMSA. "In addition, recipients of this award earn recognition from their peers while they benchmark their work against others in the industry."