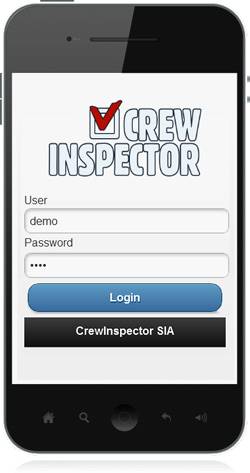 Busy crew managers enjoy being absolutely independent in terms of accessing the crew database from anywhere they go. Since 2003 CrewInspector ship crew management system operates over the internet giving crew manning agents and ship crew management departments freedom for operational tasks while people are travelling, being on vacation or during the night at home.

Crew management software  is available on all desktop browsers including the most popular ones Internet Explorer, Mozilla Firefox, Google Chrome and Safari.

As of now, having launched tailored crewing solution for mobile phones, crewing agencies; fleet and crew managers within ship management companies can access crew management database through the mobile phone carrier network anywhere as long as there is mobile signal available.

Crewing software for mobile is part of crew management software; however it is specially optimized for mobile phones especially keeping in mind the roaming costs while travelling in different countries and regions. Considering that software is very light and easy to operate, enabling users to call and e-mail seafarers directly from their profile.

“By the way, I tried the new mobile version of CrewInspector. Everything is so fast and smooth. I really like it”, said Alexander Kovalev director of Seawhale Crewing in Arkhangelsk, Russia.