COVID-19 has hit the vehicle carrier market hard. The world vehicle demand has dropped by c.35%. Consequently, shipping these vehicles has fallen considerably.

The only order to take place earlier this year is one from NYK line for a large LCTC for $95 million.

No deals have taken place since the beginning of the year, this is a figure we have not seen historically. A break of five months on the S&P side of things in the Vehicle carrier market. One of the main reasons for this low period and a fall in the values is the drop in rates for the 6,500 CEU 1 Year TC’s which have fallen by 20% since January. This brings the already weak rates for larger vessels to the lowest point in the last 10 years. With a direct correlation seen between rates and values, we have seen a notable drop in values, with older vessels having the biggest percentage fall.

Since the beginning of the year, 20-year-old vessels have lost nearly 5% of their value and modern resales have dropped over 2% in value.
We have yet to see the expected increase in demolitions of vehicle carriers with only three deals being confirmed since the beginning of the year but this is most likely due to demolition yards being closed with cash buyers hesitant to make any commitments. 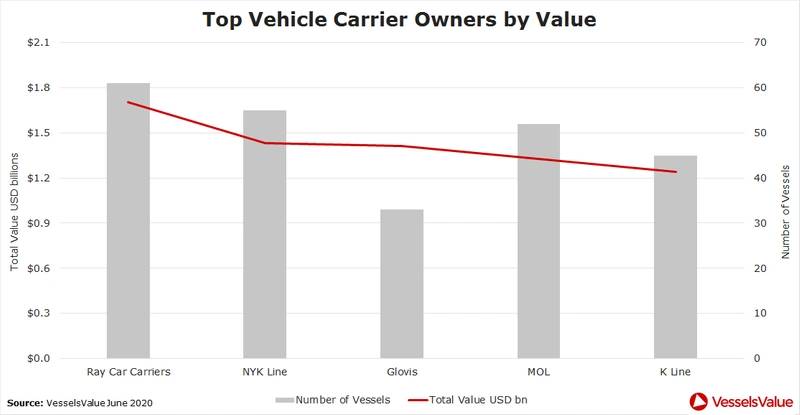