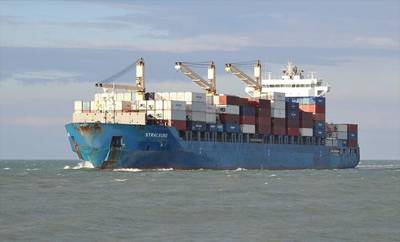 MPC Container Ships ASA (MPCC) announced it has reached a deal to acquire fellow Norwegian-based container shipping company Songa Container AS for $210.25 million on a debt and cash free basis. The transaction is expected to be completed by the end of July 2021.

Upon closing, MPCC will acquire Songa’s fleet of 11 container vessels, with an average size of 2,250 TEU and an average age of 11.9 years , creating a combined fleet of 75 ships and a total capacity of roughly 158,000 TEU. Nine of the acquired ships are fitted with scrubbers while three are equipped with the highest ice-class.

Constantin Baack, MPC Container Ships CEO, said, “This transaction is backed by our strong belief in the sustainable container market fundamentals and the desire to take advantage of the significant lag between asset values and rates. The structure of the transaction creates an immediate and accretive impact to our earnings in a container market that continues to strengthen by the day.”

“This is a milestone transaction for MPCC and we are particularly excited about the cash flow prospects of the combined fleet which will come to the benefit of our existing and new shareholders in the coming years,” Baack said.

The Songa fleet has an estimated EBITDA backlog of $22.5 million with an average charter length of about nine months. On a proforma basis MPCC currently expects revenues for the combined fleet in the range of $290-315 million and an EBITDA in the range of $170-180 million for FY 2021.

Based on the combined charter portfolio and assuming charter renewals at around current market rates and periods, the MPCC fleet is positioned to potentially generate an EBITDA of above $350 million for 2022, with $70-75 million of this generated by the Songa fleet. On the basis of the same assumptions for 2023 EBITDA for this year could exceed $450 million with $80-90 million  generated by the Songa fleet.

It is agreed that approximately $115 million of the purchase price (taking into account Songa’s cash and net working capital) will be settled in cash. This amount includes the refinancing of the outstanding debt. The remaining portion will be settled by way of issuing approximately 48-50 million new shares in MPCC (based on an economic effective date of the Transaction of May 31, 2021 when a mutual understanding of the main terms of the Transaction was reached between the parties and a closing price of the MPCC share of NOK 17.34). Such consideration shares in MPCC shall be of the same class as MPCC's ordinary shares and shall be listed on the Oslo Stock Exchange, and subject to a customary lock-up agreement for a period of three months from completion of the Transaction.

In relation to the cash consideration DNB Bank ASA has committed to provide a $127.5 million acquisition facility with a two-year tenor and effective interest rate of 500 bps plus Libor.