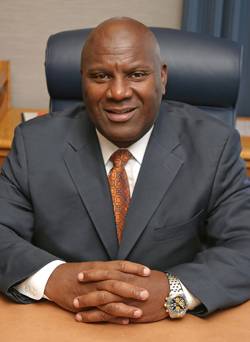 AAPA Chairman of the Board Jerry Bridges

At a hearing today of the U.S. House Transportation and Infrastructure Committee’s Water Resources and Environment Subcommittee, AAPA Chairman of the Board Jerry Bridges, who also serves as executive director of the Virginia Port Authority, testified on the economic importance of seaports. Subtitled “Is the United States Prepared for 21st Century Trade Realities?”, the hearing focused exclusively on the economic contributions of U.S. seaports and the need for adequate federal investments in both land and waterside infrastructure in and around those facilities.

In his remarks, Mr. Bridges emphasized that “while ports are planning for the future, the federal government has not kept pace with the industry or our international competitors.”  Much of the discussion among subcommittee members focused on the need for full utilization of the Harbor Maintenance Tax (HMT) to maintain federal navigation channels.  Members on both sides of the aisle discussed the need to remedy the HMT issue. Witnesses and subcommittee members also agreed on the need for a long-term surface transportation authorization bill to address landside infrastructure needs.  Mr. Bridges emphasized AAPA’s strong support for advancing a reauthorization bill, including the need for a greater focus on freight transportation, improved connections to seaports and the inclusion of a maritime title in the bill.

The timing of today’s hearing coincided with both the Capitol Hill newspaper and The Hill newspaper’s CongressBlog each publishing a joint op-ed by Mr. Bridges and AAPA President/CEO Kurt Nagle on the importance of federal investments in ports.  The op-ed noted, “Our ports must be a federal priority to ensure that we can support future generations and be prepared for the many opportunities and challenges headed our way.” Remarking on today’s hearing, Mr. Nagle said he thought the port industry’s testimony was appreciated and well received, “with both the Republican and Democratic subcommittee members in attendance agreeing that the federal government needs to invest in both the waterside and landside access to ports for the U.S. to be competitive going forward.” Mr. Nagle added, “There was much consensus that the Harbor Maintenance Tax revenues need to be fully spent for their intended purpose and not siphoned off to other federal “priorities.’”