Joan Bondareff of counsel at Bank Rome focuses her practice on marine... 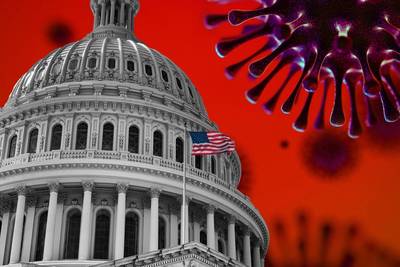 In response to the worldwide COVID-19 pandemic, the Congressional Research Service released a report that stated global economic growth has declined by 3% to 6% in 2020 with a partial recovery predicted for 2021. Also, the GDP of the U.S. has fallen by 5% in the first quarter 2020. According to the International Maritime Organization (IMO), the maritime industry, and seafarers themselves, have not been able to escape the significant effects of this crisis.

All sectors of the maritime industry have been adversely affected by the global pandemic. The shipping industry alone can face up to $1.7 billion loss in revenues to the carriers. Cruise lines in particular have been hit hard by the virus; most companies have essentially shut down operations until the fall at the earliest. Other sectors have also been negatively affected, including ports, terminal operators and their workers according to Lauren Brand, the President of the National Association of Waterfront Employers (NAWE), in her hearing testimony before the House Committee on Transpiration and Infrastructure regarding “the Status of the U.S. Maritime Supply Chain During the COVID-19 Pandemic” on May 29,2020.

Finally, we have seen seafarers stranded as a result of COVID-19 and makeshift efforts have been made to allow them to travel home. For instance, the IMO has created a Seafarer Crisis Action Team (SCAT) to assist stranded seafarers.

What has Congress done to help the maritime industry? Unfortunately, not much. So far, Congress has passed three COVID-19 stimulus bills: the Coronavirus Aid, Relief, and Economic Security (CARES) Act (P.L.116-136), the Coronavirus Preparedness and Response Supplemental Appropriations Act (P.L.116-123), and the Families First Coronavirus Response Act (P.L.116-127). Anecdotally, these response packages are referred to as the CARES Act, CARES Act 2, and CARES Act 3, respectively. When they return from July 4th recess on July 20, 2020, Congress is primed to enact their fourth, and likely final, stimulus package for Coronavirus aid. Very few funds were allocated to the maritime industry in these first three stimulus bills.

The fourth package is still in the early stages of negotiation so whether maritime will get aid this time around remains to be seen.  The House of Representatives has already enacted their version of the next stimulus bill entitled the Health and Economic Recovery Omnibus Emergency Solutions (HEROES) Act (H.R. 6800), at over $3 trillion the bill would constitute the single largest piece of economic support legislation ever, if enacted. On the other side of the Hill, the Republican-led Senate is reluctant to pass another stimulus bill with such a high price tag so negotiations will determine what is stripped or stays in the final legislation. However, with COVID-19 resurging in Republican-led states, Members may have no choice but to provide more money to states, local governments, and even to unemployed workers.  Though Congress has set a goal of passage by the end of July, we expect the fourth stimulus bill to be enacted by the end of the summer.

Relief for the Maritime Industry
The first bill directly targeted to the maritime industry is The Maritime Transportation System Emergency Relief Act (MTSERA), introduced on July 9, 2020, by the Chairman of the House Transportation and Infrastructure Committee, Rep. Peter DeFazio (D-Ore.) and the Coast Guard Subcommittee Chair, Sean Patrick Maloney (D-N.Y.). According to Chair Defazio,

“[t]he men and women who work within the Maritime Transportation System are part of our nation’s essential workforce that has been key to keeping critical goods moving during the global pandemic, and for that, we owe them a debt of gratitude.”

“But our thanks are not enough. We must also ensure that stakeholders across our maritime industry have the resources and equipment they need to keep the global supply chain moving and stay safe while doing so.”

The bill would establish for the first time a comprehensive maritime emergency relief authority to enable the Maritime Administration (MARAD) to provide financial assistance to stabilize and ensure the reliable functioning of the U.S. Maritime Transportation System (MTS) in the event of a national emergency or disaster, including, the current COVID-19 public health emergency. The bill would authorize MARAD to provide grant assistance, during this and other emergencies, to state and private entities engaged in maritime transportation activities. The federal share can be 100% of the cost. One element of reimbursement is for the cost of personal protective equipment that these entities have incurred during the pandemic.

To date, there is no companion Senate bill but we expect this bill will be wrapped into the House-passed infrastructure package entitled the Moving Forward Act (H.R. 2) or the FY2021 MARAD appropriations bill. Funding may also be available from the existing Disaster Relief Fund that is administered by FEMA.

In the meantime, Congress is continuing its regular order of passing authorization and appropriation bills for FY2021. Senator Roger Wicker (R-Miss.), Chair of the Senate Commerce and Infrastructure Committee introduced the MARAD authorization bill (S. 3930) on June 11, 2020. The bill would:

The U.S. Coast Guard (USCG) Authorization Act of 2019 is proceeding through Congress on separate tracks. The House passed its version of the bill, H.R. 3409, last July and the Senate reported its bill, S. 2297, through the Senate Commerce Committee last July as well. Due to limited time the Senate has for floor action before the end of the fiscal year, the chamber is looking to pass its USCG bill through “unanimous consent” procedures. If one Senator objects to a provision, the offending provision is usually struck so the entire bill will not be torpedoed. The House and Senate are informally conferencing their bills and with one exception all language has been worked out.

The one remaining provision in dispute is Section 305 of the House-passed bill which creates a complicated Jones Act waiver system, to be administered by MARAD, that allows a developer on the outer Continental Shelf (for oil and gas or offshore wind) to use a foreign-flag heavy lift vessel only if no U.S. flag vessel is capable and available. This Jones Act waiver process is supported by the Offshore Marine Service Association (OMSA) and the Shipbuilders Council of America but opposed by the International Marine Contractors Association (IMCA), the American Petroleum Institute (API), and the American Wind Energy Association (AWEA). We are waiting to see how Congress resolves this longstanding dispute; it is unusual for them to act when the maritime industry is split in half.
Funding for Maritime Agencies

At this writing, Congress has begun the regular order of passing FY2021 appropriation bills to fund authorized and new programs before the end of the fiscal year. The House is further ahead of the Senate.  Full Committee markup is scheduled on July 15 in the House for the major appropriation bills. Draft bills include the following for MARAD and USCG programs.

For MARAD, funding is allocated as follows: $1.2 billion total authorization, including $314 million for the Maritime Security Program, $300 million for the Port Infrastructure Development Program (PIDP), $389 million for schoolship construction, and $100 million for assistance to small shipyards. On top of these funds, the bill would appropriate $3B for the TIGER/BUILD grant program and an additional $1 billion for the PIDP.

For USCG, the draft House bill would appropriate a total of $12.8 billion for the US Coast Guard, including a procurement budget of $2.16 billion for a second polar security cutter, 4 fast response cutters and continuation of the offshore patrol cutter program.

Are New Icebreakers a Reality?
A final word must be said about icebreakers. We know that the United States has only one functional heavy icebreaker, the Polar Star, operated by the U.S. Coast Guard which pales in comparison to the Russian fleet with around 40 icebreakers. On June 9, 2020, President Trump issued a memorandum on “Safeguarding U.S. National Interests in the Arctic and Antarctic Regions” which directed the Secretary of Homeland Security, along with other agencies, to develop an acquisition program for a fleet of polar security icebreakers and report back in 60 days. We anticipate this report being issued soon.

On July 10, 2020, during a visit to U.S. Southern Command in Doral, Fla., President Trump announced that he was working on securing 10 icebreakers for the U.S. Coast Guard but did not offer specifics on where the government would acquire these additional icebreakers from and whether it would do so through an outright purchase or some other type of arrangement. "We're trying to do a deal with a certain place that has a lot of icebreakers, and we're seeing if we can make a really good deal where you can have them very fast," the President said.

Conclusion
In sum: the maritime industry will have to wait for the MTSERA to be enacted and funded in order to receive significant COVID-19 relief; the U.S. Coast Guard Authorization is hung up over the Jones Act waiver process; funding needs to be resolved for FY2021 for the two key maritime agencies; and the report on new icebreakers for the United States remains outstanding. With the number of FY2020 Congressional working days quickly diminishing and COVID-19 cases surging, Members must get to work quickly if they want to help not only the maritime industry but the country.