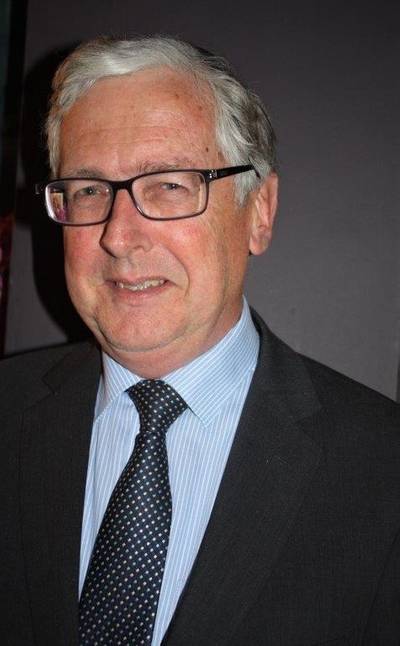 Willum Richards hands over chairmanship of the Association of Average Adjusters on its 150th anniversary to Richard Cornah.

The Association of Average Adjusters, set for a memorable 150th anniversary after launching the celebrations at its annual general meeting on May 9, 2019, has chosen a new chairman.

Willum Richards announced that on the expiry of his two years in office he was handing over the chairmanship to Richard Cornah, one of the profession’s most authoritative personalities.

Liverpool-based Mr Cornah is chairman of the Richards Hogg Lindley division of London-listed insurance specialist Charles Taylor plc. “He is, without doubt, one of the pre-eminent adjusters of our age,” said Mr Richards of his successor, who was appointed at a private Fellows’ meeting.
The association will capitalize on the banner year by emphasizing to the international marine community its long record of dedication to the highest professional standards. This will be fulfilled by continuing to champion uniformity in adjusting practice, promoting detailed discussion of up-to-the-minute market topics through seminars, and encouraging high-level education through its renowned examination system.

A new logo has been designed to accentuate the association’s century and a half of service to the marine insurance sector.

During his two-year tenure, Mr Richards has won praise for the way he performed his duties which necessitated extensive international travel – he has been the first non-UK-based holder of the chairmanship. He operates from New Zealand, where he manages the average adjusting and insurance claims consultancy Willum Richards Consulting Ltd.

Mr Richards steered the first change to the structure of the AAA since its inception, with incorporation providing an appropriate platform reflecting the growth of the association. Creation of the new articles and regulations has afforded an opportunity to update some provisions. The title of the association remains unchanged.

Among his achievements, Mr Cornah is noted for his academic work as an editor of the last three editions of the major textbook Lowndes and Rudolf on General Average and the York-Antwerp Rules. The latest, 15th, edition contains new features and extensive revision.

Mr Cornah has served on market committees including those revising the Lloyd’s Open Form which provides a regime for remuneration awards for salvors.

He chaired the association in 2008 and 2009, with his AGM addresses dealing with pollution issues and division of marine losses over policies.”

In May 2018 he was made an honorary fellow in recognition of his outstanding professional contribution to the association. He led the transformation of its exams to a modular format providing clearer guidance on areas of required study and knowledge, and a revision of the structure enabling people from across the maritime and insurance fields to take entry-level associate qualifications in marine insurance principles and hull and cargo claims.

His articles on topics such as the ‘reasonable cost of repairs’ have appeared in leading journals and been referenced in legal textbooks such as Arnould on Marine Insurance.

Since 2001, he has been closely involved with the Comité Maritime International (CMI) in reviewing and revising the York-Antwerp Rules, acting as co-rapporteur for the working group responsible for the drafting of the 2016 Rules which saw a return to a working consensus between insurers and shipowning interests. Following that he was made a titular member of CMI.

At the 2019 AGM, Mr Richards said it was pleasing to be back in the Old Library at Lloyd’s as a venue: “There is something special about this place.”

Burkhard Fischer, a director of Albatross Adjusters of Limassol, was re-elected vice-chairman of the association.  “I would like to express my sincere appreciation to Burkhard for his continued support and council during the course of my two years,” said Mr Richards.

Tristan Miller of Harvey Ashby was confirmed as treasurer, David Clancey of Marine Adjusting Solutions as convenor of the advisory and dispute resolution panel and David Pannell of Pannell & Co as convenor of the examining committee.