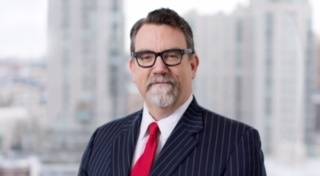 Carnival Corporation announced the appointment of Peter C. Anderson to the newly created position of chief ethics and compliance officer. Based at the company’s headquarters in Miami, Anderson will be a member of the executive leadership team and report directly to Carnival Corporation President and CEO Arnold Donald.

Anderson is a former federal prosecutor with over 20 years of experience in corporate compliance. He had previously been the head of the White Collar and Compliance Group at the law firm of Beveridge & Diamond, PC, and was initially engaged by Carnival Corporation to conduct a compliance program assessment. Anderson also led the environmental compliance team on the Volkswagen monitorship over the past two years.

In this new role for Carnival Corporation, Anderson will direct strategy for and drive a culture of compliance and integrity that ensures adherence to legal and statutory requirements and the highest ethical principles. He will also lead the effort to develop new compliance training programs for the company’s 120,000 employees around the world and be responsible for making significant contributions to the company’s compliance risk management program, including identifying potential areas of risk in operations and implementing risk management plans.

Additionally, Anderson will oversee Operation Oceans Alive, Carnival Corporation’s environmental commitment and stewardship program, officially launched in 2018. Designed to promote a culture of transparency, learning and commitment within the corporation, Operation Oceans Alive ensures that all employees receive environmental education, training and oversight, while continuing the company’s commitment to protecting the oceans, seas and destinations in which it operates.

After studying law at the University of Virginia, Anderson clerked for a federal district judge in Charlotte, N.C., before joining the Honors Program at the Environmental Crimes Section at the United States Department of Justice in Washington, D.C. He later became an Assistant United States Attorney in Charlotte. After leaving government service, Pete’s law practice involved both reactive defense and proactive compliance counseling services. He was also an adjunct professor at the Charlotte School of Law from 2010-15, teaching classes in fields including environmental law, corporate compliance, federal criminal law and compliance risk assessments.