Canada Dreams of Oil Exports to Asia, but California Beckons 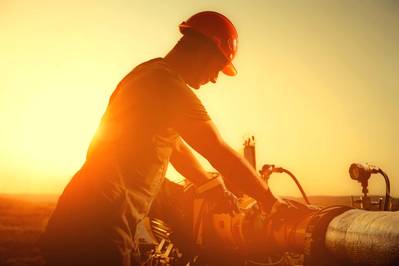 The nationalization of a crude oil export pipeline in western Canada has buoyed long-standing hopes for crude exports to markets beyond the United States - but the most likely destination for much of that oil is California.
Faced with declining production from Latin America and rising prices for higher-grade crudes from the Middle East, the Golden State is importing more oil from Canada - much of it via the Trans Mountain pipeline, which Kinder Morgan Canada last month sold to Ottawa for C$4.5 billion ($3.5 billion).
The Canadian government has pledged to "immediately" start work on the C$7.4 billion Edmonton-to-Vancouver expansion, in an attempt to alleviate a bottleneck of Canadian crude oil due to full pipelines and several aborted attempts to add additional capacity. This line, when completed, would nearly triple flows to 890,000 barrels per day (bpd).
The project would provide landlocked Western Canadian producers with long-desired access to markets beyond the United States. The U.S. currently buys virtually all of Canada's oil exports, most of it at a steep discount.
But recent shipping data suggests demand from California for Canadian crude is rising, and experts say that state could end up taking up to half of the new export capacity from an expanded Trans Mountain.
Canadian Prime Minister Justin Trudeau has tried to sell the pipeline to a divided public as a crucial link to Asia, amid domestic concerns over the mounting trade tussle with the United States.
Just days after Trudeau's government agreed to buy the project, an Aframax tanker carrying more than 500,000 barrels of heavy crude left Kinder Morgan's Westridge Marine Terminal and traveled to Long Beach, California, one of eight shipments to California in May.
Canadian crude exports from Westridge topped 2.5 million barrels that month, with every last drop shipped to California refineries, according to Reuters Eikon data. So far this year, 72.8 percent of Westridge crude exports have gone to California.
The state currently imports the bulk of its crude from Canada, Ecuador, Colombia and the Middle East. But production is declining in Ecuador and Colombia, and Canadian crude is priced more attractively than Middle Eastern grades, making the Trans Mountain expansion a lucrative possibility for refiners.
Specifically, Canadian shippers will price crude to displace barrels from Saudi Arabia and Iraq, said Dave Hackett, president of consultancy Stillwater Associates.
"With Venezuela in chaos, the world is going to welcome additional heavy Canadian barrels,” he said.
Canada has been trying for years to build a pipeline to its coast to access world markets. Recent attempts like Enbridge Inc's Northern Gateway and TransCanada Corp's Energy East have failed amid court battles and regulatory uncertainty.
Rising output from Canada's oil sands has outstripped current pipeline capacity and rail has not yet ramped up to meet existing demand from producers, leaving Canadian crude deeply discounted.
While California is currently a big customer, crude flows shift and opening up access to Asia and other regions through an expanded Trans Mountain is in Canada's best interest, said Jennifer Rowland, a senior analyst with Edward Jones Equity Research.

"Pretty much everything goes to the United States," she said. "You wouldn't run your company that way. You'd want to have more than one customer." ($1 = 1.2980 Canadian dollars) (Reporting by Julie Gordon