Bangladesh to Hold Talks with ENOC for LPG Terminal 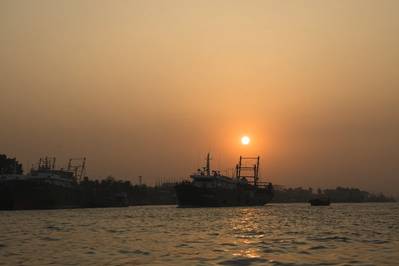 Bangladesh will hold talks with Dubai-based Emirates National Oil Company (ENOC) to set up an liquefied petroleum gas (LPG) terminal in the country, a Dhaka-based official said on Tuesday.

"ENOC has sent us a proposal for a joint venture project to build an LPG terminal," said Sayed Mohammad Mozammel Haque, a director of state-owned Bangladesh Petroleum Corporation.

"We have invited them for detailed discussions in our office in Dhaka. They are supposed to come on Oct. 11," he told Reuters, adding the capacity for the terminal and all other details will be discussed during the meeting.

Transport costs for LPG are now about $100 per tonne but once the terminal is built that cost could fall to $30 as it will allow big ships to anchor, which would translate into a 10 percent lower price for end-users, he said.

The LPG terminal could be built at Matarbari on Moheshkhali Island in the Bay of Bengal, where the country's first deep-sea port will be built, the official said.

The government is encouraging the use of LPG for households to cope with a shortfall in supplies of natural gas.

LPG, a mixture of propane and butane, can be used for cooking and transport, as well as in the petrochemical industry.

Bangladesh's demand for LPG now stands at 1 million tonnes against a supply of 600,000 tonnes, the official said, adding the demand could go up to 2 million tonnes by 2022 as it will be a key source for cooking gas in Bangladeshi households.

The south Asian country has also turned to liquefied natural gas to offset falling domestic gas output to feed industrial demand and electricity generation in the nation of 160 million people.