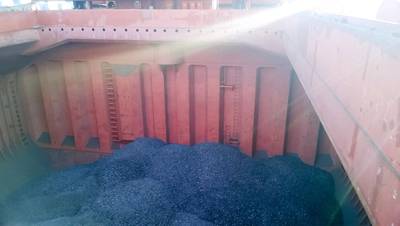 The Baltic Exchange's main sea freight index fell for a tenth straight session on Monday to its lowest in nearly a month as a combination of better ship supply and easing demand hurt vessel rates.

The Baltic index, which tracks rates for ships ferrying dry bulk commodities, fell 14 points, or 0.8%, to 1,774 points, lowest since July 9. The index has, still, nearly tripled since February, mainly driven by strong demand for vessels that ship iron ore from Brazil into China over the past few months. Activity, however, eased in the past couple of weeks, weighing on vessel rates, analysts said.