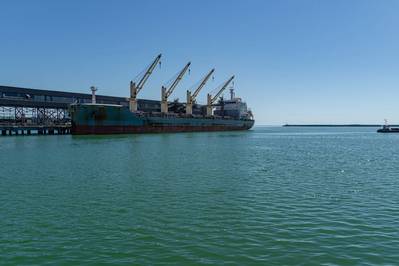 The Baltic Exchange's main sea freight index fell on Wednesday, weighed by capesize rates hitting their lowest level in nearly a month and lower earnings at the panamax segment.

The Baltic dry index, which tracks rates for ships ferrying dry bulk commodities and reflects rates for capesize, panamax and supramax vessels, fell 46 points, or about 2.6%, to 1,696.

Rising iron ore demand from China as the world's second-largest economy opening up for business has helped the capesize index gain 51% so far this year.

"Taking into consideration that the Capesize segment has witnessed exceedingly firming activity since the beginning of the summer season, it was a matter of time that charterers reaction will add pressure on the market," ship broker Intermodal said in a weekly research note on Tuesday.