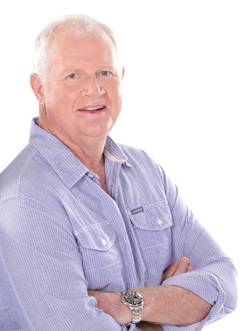 Wilhelmsen Ships Service (WSS) has appointed Brendon Hawley as its new Regional Operations Manager for Asia Pacific. Based in Jakarta, Indonesia, he will be responsible for all operations throughout Indonesia reporting to GM  Cato Nordskog.

Hawley said: “I am very much looking forward to becoming part of the Wilhelmsen Ships Service team within Asia Pacific and am excited about the challenges ahead. The region is one of growth and expansion and I am starting my role at a key time as we roll out new and improved work practices and expand our presence with the opening of additional branch offices in Indonesia”.
Born in Durban and educated in Kenya, Uganda, Tanzania and South Africa, Hawley began his seafaring career in 1971 with UK-based shipowner T & J Harrison Lines, before joining Safmarine Corp & Unicorn Lines during which period he obtained his Masters License, serving on a range of vessel types, before becoming a Master on General Cargo Vessels.
After coming ashore in 1986, he took up a position as P&I Surveyor in the Port of Richards Bay and went on to become a Director of P&I Associates (South Africa). In 1993, Hawley joined Gearbulk Shipping South Africa where he stayed for 18 years in various positions including a secondment to Quebec City, Jakarta & Port Sudan. Most recently, Hawley was Head of Operations Asia.
Cato Nordskog, General Manager of WSS Indonesia said: “We are delighted to welcome Brendon to the team and look forward to seeing how he brings his vast experience of the owners and charterers segment to his role at WSS AsiaPac”.
• Asia Pacific • Indonesia • South Africa