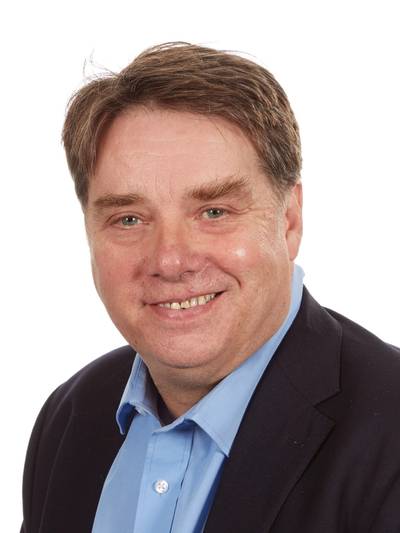 Oceanology International, the world's largest exhibition and conference for the subsea sector, was originally scheduled for March 2020, subsequently rescheduled to December 2020 due to COVID-19. The organizers last month announced the need to take this iconic event 100% virtual due to the lingering pandemic. Below are insights from Professor Edward Hill, Chief Executive, NOCS, as published in the "Oi 50th Anniversary Edition", published by Marine Technology Reporter and included with the November/December 2020 edition. NOTE: The editorial was written before the COVID-19 pandemic.

Born in the English Midlands city of Coventry, about as far from the sea as it is possible to get in Britain, I was brought up in South Australia – right by the coast. When I was eight years old, I returned from a four-week passage by ship to Southampton, and I guess the seeds were sown of becoming an Oceanographer.

I read Applied Mathematics at the University of Sheffield before moving to Bangor University’s Marine Science Laboratories where I put my fluid dynamics studies to use in Physical Oceanography (MSc and PhD research). It was at Bangor as a research student that I attended my first Oceanology International when it was held at the Metropole Hotel in Brighton. I subsequently secured an academic position at Bangor teaching Oceanography and spending time at sea on 20 research expeditions – half of those as Chief Scientist – researching density driven flows on continental shelves and the ocean margin.

During this time, I periodically attended Oi after it had moved to the ExCeL in London, and I recall manning the University’s stand. I left Bangor in 1999 for my first appointment directing research institutions – first as Director of the Natural Environment Research Council’s Proudman Oceanographic Laboratory and then moving on to head what was then the Southampton Oceanography Centre – transforming it into today’s National Oceanography Centre (NOC) and subsequently incorporating, in 2010, the former Proudman Laboratory in Liverpool.

I have attended Oi most years since being based in Southampton, and the NOC is a regular exhibitor. This year is a special one for us because it is our first as an independent research center, established in November 2019 as a not-for-profit company with charitable status and a commercial trading subsidiary (NOC Innovations Ltd). This gives us the ability– unhampered by the restrictions of being embedded inside a Government-run Research Council – to continue our mission to become one of the world’s leading oceanographic research institutions and a major innovator in ocean measurement technologies.

At this year’s event, the NOC has a strong representation in the conference program. The NOC’s Professor Matt Mowlem is Chair of the Biochemistry and Salinity session, and we have several talks from colleagues covering various scientific and technical disciplines across the program. This includes an update on the latest developments from our Marine Autonomous and Robotics Systems team. We’ll also have a presence on the show floor, and I would encourage OI delegates to visit our stand (J451) to discuss how the new NOC can work with you toward research or commercial objectives.

Oi plays an important role in bringing the subsea community together and to see the latest technology developments. I know that NOC’s research engineers and those who support major national marine equipment facilities for the U.K. science community find the event to be of great value. The conference sessions provide an excellent opportunity to showcase new ideas, and there are superb networking opportunities. Oi also provides a natural focus for other associated events, and I have been delighted to participate in presenting in panel discussions at meetings such as the Ocean Futures Forum with participants ranging from ministers and representatives from the OECD.

Throughout the years that I’ve attended Oi, there have been major advances in technology – and most advances in oceanographic science have been enabled by technology. The advent of autonomous underwater vehicles (AUV) and autonomous surface vehicles (USV) as well as underwater gliders (a variation on the principle of the Argo profiling float) are truly transforming our ability to achieve systematic, distributed sampling of the ocean with continuous presence and will be increasingly important for building and sustaining the Global Ocean Observing System (GOOS), necessary for understanding basin-decadal scale change and variability in the ocean for climate, operational services, and monitoring ocean health.

I saw my first Waveglider (USV) at Oi, and the NOC has exhibited successive generations of the Autosub family of vehicles including the first abyssal version Autosub 6000, and of course Autosub Long Range AKA Boaty McBoatface. Through the NOC’s Marine Robotics Innovation Center in Southampton we have worked with many companies, research organizations and government bodies to develop pioneering autonomous technologies. I have been especially proud and satisfied to see how some of the small companies we have worked with have grown, and also to see products we have been actively involved with in the early stages of development come to market and be exhibited at Oi. These products include the ecoSUB small AUV developed by Planet Ocean in partnership with the NOC, and the AutoNaut USV that is now being successfully deployed for important global projects such as the Big Ocean Clean Up.

Looking forward the subsea industry faces many challenges (see related story page 55) – the clean energy transition brings many challenges but also vast opportunities, not least because the ocean offers huge potential for clean energy resources. Technologies are advancing at an incredible rate – the advent of autonomy, robotics, and artificial intelligence will have a transformative impact on offshore operations of all kinds, and of course this includes ocean science. The sector will need to be outward looking to identify and assimilate technologies being developed in other areas and then bring them into the unique and particularly challenging context of the marine sector.  Finally, although the marine sector contributes significantly to the global economy – forecast by the OECD to rise to $3 trillion by 2030 – we often feel unrecognized, under-valued and under-supported in comparison with other sectors. This is a result of the so-called ‘sea blindness’ that affects land-living populations, even those in maritime nations such as the UK. However, the 21st century promises to be the ocean century when the vital importance of the ocean to human health, prosperity and well-being finally achieves the recognition it deserves.

Our time is now.