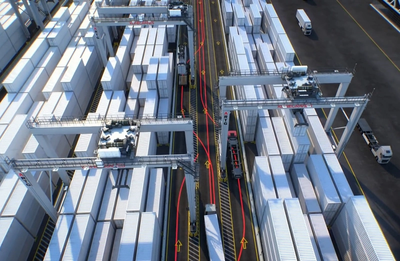 Cranes manufacturer Konecranes reports it booked an order in December 2019 with Yilport to deliver automated rubber tired gantry (RTG) crane systems to three of Yilport’s European container terminals, including two in Portugal and one in Sweden.

The automated RTG systems, each with six Konecranes ARTGs operated under a supervised operation concept, will be built as extensions to the container yards of Yilport’s Gävle container terminal in Sweden and the Liscont and Leixões terminals in Portugal. Each system will have four remote operating stations (ROS).

The 18 Konecranes ARTGs on order are fully electric machines powered by busbar systems. They are 16-wheel machines stacking one-over-six high and seven containers plus truck lane wide in Gävle and Liscont, and six containers plus truck lane wide in Leixões. They will be equipped with the Konecranes Active Load Control (ALC) system, which eliminates container sway and enables automated operation. They will also be equipped with a suite of smart features under the supervised operation concept.