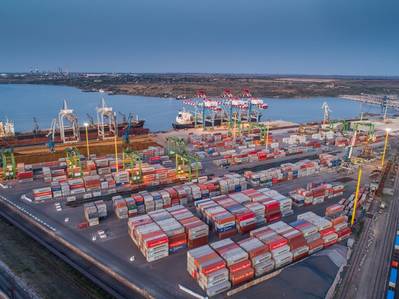 The coronavirus pandemic shut cities and factories worldwide for months, disrupting shipments and global supply chains, while some cities are now reintroducing curbs after a recent rise in infections.

The Dubai state-owned company, which also operates logistics facilities, handled 16.7 million shipping containers in the second quarter, down from 18.3 million a year earlier.

It recorded its biggest quarterly decline in the Asia Pacific and Indian subcontinent region, where volumes fell 12.2% to 7.2 million containers.

"Overall, we are encouraged that our business has performed better than expected and, while the outlook is still uncertain, we remain positive on the medium- to long-term fundamentals of the industry," Chairman Sultan Ahmed bin Sulayem said in a statement.

Volumes handled in the first six months of the year were down 5.3% at 33.8 million containers, DP World said.