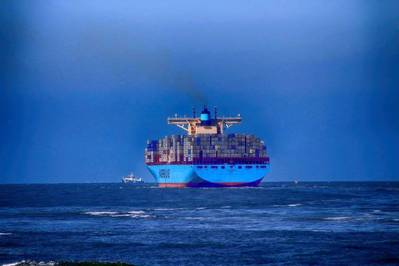 Is there a risk that a politically isolated UK will no longer benefit from direct vessel calls, particularly as there is no longer any large British container carrier based in the UK to champion their cause?
Drewry believes that the container lines will continue to call directly at UK ports. Even if the UK enters a small recession, UK volumes are more than large enough to justify direct calls with mainline vessels, mainly in the South of England ports and it is in the lines’ own interest to call there direct.
In fact, based on January-May statistics from Container Trade Statistics, the UK imports more containers from Asia than any other North European country, even Germany. Today, 15 of the 17 Asia-North Europe loops call at a British port; we expect this very high proportion to continue.
British shippers are fearful of losing the benefits of free trade and customs harmonisation with the EU single market. They do not want to return to the days of red tape and single administrative documents. Drewry sees a risk of new inefficiencies and costs here, which trade negotiations with the EU will have to tackle. British companies are already lobbying their government to ensure that simplified trade processes are on the agenda.
A return to tariffs for UK merchandise exports and imports, if this is the outcome of trade negotiations with the EU, will be detrimental to UK trade with the EU, and may result in a small reduction in UK-EU maritime volume.
At a meeting of the All-Party Parliamentary Maritime and Ports Group on 19 July, Guy Platten, CEO of the UK Chamber of Shipping, said that the UK maritime sector can make Brexit work, and that although there will be some difficult issues, trade would continue.
The UK Chamber of Shipping believes that nothing has changed at the moment and the UK is still subject to all EU directives relating to the maritime sector. As and when the UK exits, it will then have to be decided which directives are adopted within UK law. The EU ports policy will have to be reviewed.
Platten said that the UK Chamber of Shipping has “a feeling of optimism” for a post Brexit world.
British ship-owners support access to free trade and access to free movement of labour.
But the UK Chamber of Shipping highlighted that, within the UK maritime sector, the UK relies heavily on skilled people from across the globe, and it felt that it is imperative the right to remain is invoked and that future immigration process should not deter European citizens wanting to work within the UK maritime sector.
In Drewry’s view, again, the impact will depend on what is negotiated between the UK and the EU. Restrictions on the right of EU workers to work in the UK maritime sector (an international sector by definition) could harm the UK shipping cluster.
• container carrier • European Union • feeder services