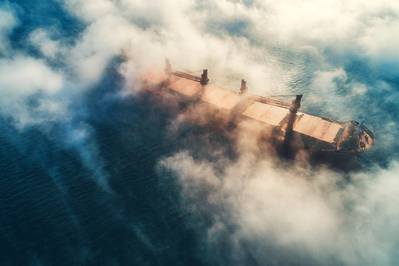 Hundreds of thousands of weary seafarers stuck on ships for many months and unable to go home due to the coronavirus pose a risk to the safe operation of the world’s merchant fleet, the UN’s shipping chief said on Tuesday.

About 90% of world trade is transported by sea and continued complications with changing over ship crews due to restrictions in some jurisdictions is still affecting supply chains despite an easing of lockdown in many parts of the world.

Kitack Lim, Secretary-General of the UN’s International Maritime Organization, said some seafarers had been marooned at sea for 15 months, over the 11 month maximum laid out in a maritime labor convention, which he described as a “humanitarian crisis”.

“This is now a real safety issue, endangering the safe operation of ships. We cannot expect seafarers to stay at sea forever,” Lim told a Capital Link digital forum.

“Governments must allow shipping to continue moving by getting seafarers to their homes, and to their ships to work.”

The International Transport Workers’ Federation (ITF), which represents seafarers, told seafarers on Monday that it was no longer acceptable to force crews to work.

“If you have finished your contract, then you have the right to be repatriated. If this is not possible then you would remain on board as a passenger,” the ITF said.

“The consequences could be that the ship is unable to sail if the manning level is inadequate, but that is not the responsibility of the seafarers.”

Guy Platten, of the International Chamber of Shipping, said the scale of crew changes was huge given 200,000 seafarers on board ships had to be replaced with 200,000 colleagues ashore.

“At this point it’s a question of political will,” Platten said.