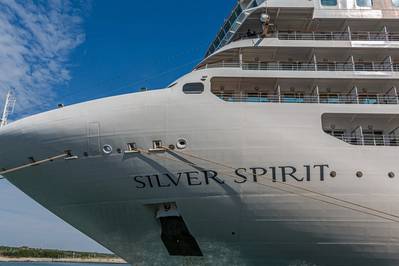 Health authorities in the southern Vietnamese city of Ho Chi Minh want to stop a Bahamas-flagged cruise ship with Italians on board from docking at the economic hub on Friday over coronavirus concerns, state media reported.

The Health Department on Thursday advised the People's Committee of the city not to allow passengers on the cruise liner, Silver Spirit, to disembark, the Tuoi Tre newspaper said.

The department said the move is aimed at "limiting the intrusion of disease into the city", according to the report.

The ship, carrying 423 passengers and 403 crew, including "several Italians", is owned by Royal Caribbean Cruises.

"Vietnamese government announced the closure of all ports to all cruise vessels," Barbara Muckermann, Chief Marketing Officer of Silversea Cruises, a subsidiary of Royal Caribbean Cruises Ltd told Reuters in an email.

"The Silver Spirit was expected to arrive in Ho Chi Minh City on March 13 and has since canceled the call to this city."

Vietnam's coronavirus cases rose to 44 on Thursday, the Ministry of Health said. There have been no fatalities.

Last month, a cruise ship arrived in the Cambodian port of Sihanoukville having been turned away at five other ports after leaving Hong Kong.