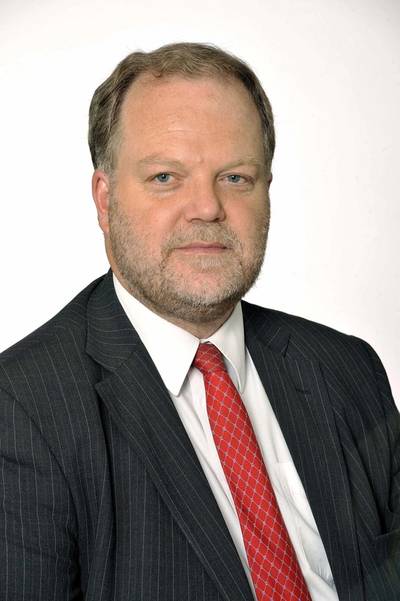 Richard Greiner, Partner, Shipping &amp; Transport at BDO, said: “The predicted 2.5% and 2.7% increases in operating costs for 2019 and 2020 respectively compare to an average fall in actual operating costs in 2018 of 1.8% across all main ship types recorded in the recent BDO OpCost study." (Photo: BDO)

International accountant and shipping adviser BDO said total operating costs in the shipping industry are expected to rise by 2.5% in 2019 and by 2.7% in 2020.

Responses to the firm’s latest annual Future Operating Costs Survey revealed that insurance is the cost category likely to increase most significantly in both 2019 and 2020. In the case of protection and indemnity insurance, the predicted increase is 2.0% for each of the years under review, while hull and machinery insurance costs are expected to rise by 1.9% in both 2019 and 2020.

The predicted overall cost increases for 2019 were highest in the container ship sector, where they averaged 3.7%. These are influenced by expected increases in both protection and indemnity and hull and machinery insurance costs. Predicted cost increases in the bulk carrier market in 2019, meanwhile, were 2.3%, as opposed to 2.5% in the tanker market and 2.6% in the offshore sector.

A slightly different pictured emerges in respect of 2020, where the highest operating cost increases are those amounting to 3.8% which are expected in the offshore sector. Operating costs for container ships, meanwhile, are expected to rise by 3.0% in 2020, and for bulk carriers and tankers by 2.7% and 2.1% respectively.

The cost of regulatory compliance was high on the list of concerns cited by respondents to the survey. One respondent said 2020 is “all about environmental regulations and the demand for - and cost of – fuel.” Elsewhere it was noted, the shipping market “will be dominated by the cost of new regulations, not least that relating to compliance with the IMO Sulfur 2020 regulation.”

Crew costs were the other factor uppermost in the minds of respondents.

“Manning will continue to be a painful area for ship operators,” said one commentator. Another respondent observed that rising wage costs now represent a real threat to business models, while another anticipates a stronger dollar in 2019/2020, which will affect the main cost of paying seafarer wages.

The cost and availability of finance was another issue raised by a number of respondents, one of whom said, “finance – or a lack thereof – is driving consolidation as part of a trend towards creating mega-companies”. They added: “The market is being eroded by capital providers and hedge fund managers who shun efficiency in favor of scale.”

Overall, 25% of respondents (up from the figure of 23% recorded in last year’s survey) identified the cost of new regulation as the most influential factor likely to affect operating costs over the next 12 months. Finance costs featured in second place at15%, compared to  18% last year. In third place was crew supply at 14% up from 12% last year. Next came competition, down from 15% to 13%, followed by demand trends (12%) and labour costs, (11%), compared to last year’s figures of 10% and 8% respectively. Raw material costs, meanwhile, were up by one percentage point to 8%.

Richard Greiner, Partner, Shipping & Transport at BDO, said: “The predicted 2.5% and 2.7% increases in operating costs for 2019 and 2020 respectively compare to an average fall in actual operating costs in 2018 of 1.8% across all main ship types recorded in the recent BDO OpCost study."

“There were some interesting predicted cost increases in the individual market sectors. The increases in the container ship sector for 2019, for example, were the highest in every single individual category of expenditure with the exception of dry docking and management fees. The cost of hull and machinery insurance for container ships is predicted to increase by 4.8% in 2019 and by 3.3% in 2020. For protection and indemnity insurance, the comparable predicted increases are 4.1% and 3.3% respectively. By way of comparison, increases in protection and indemnity and hull and machinery insurance costs in the tanker sector for 2020 are predicated at 1.3% and 1.2% respectively.

“One year ago, overall expectations of operating cost increases for 2019 averaged 3.1%. The fall now to an estimated 2.5% must be regarded at first blush as good news. But this must be tempered by the knowledge that some significant items of big-ticket expenditure – notably those relating to the cost of complying with new regulations - are waiting in the wings.

“It is clear that shipping is well aware of the need to achieve regulatory compliance on a scale not previously envisaged or encountered by previous generations of the industry. This is only the third time that the cost of new regulations has been included in our Future Operating Costs Report, but for the second successive year it has emerged as the factor deemed most likely to have a significant influence on operating costs.

“This is not surprising, given that the immediacy of IMO‘s Sulphur 2020 regulation is enshrined in the name of the regulation itself, while the time is fast approaching for owners to make a decision on the respective merits of Ballast Water Management Convention compliance solutions.

“Shipping and its regulators have demonstrated their ongoing commitment to improving the industry’s carbon footprint, but it is clear that this will come at a price, as will the continuing drive towards greater innovation and technical excellence. A cleaner, greener and more efficient shipping industry will ultimately impact favorably on both operating costs and investor appetite. But, perversely, the process of attaining environmental and technical proficiency will add to such costs in the shorter term.

“Experienced owners and managers are well-used to optimizing operating cost efficiencies, with one respondent in the survey noting how for some years now the combination of a soft insurance market, cheaper finance and a decline in crew costs had helped to keep operating cost increases below 2% over the past eight years. Current indications are that the influence of such factors is declining and on their own they are unlikely to be enough to stay ahead of the game in the coming years.

“Finance is available for viable projects, but will not come cheap. Crew costs are likely to go up rather than down in the short term. And, perhaps most significantly of all, insurance outgoings are predicted to rise over the next two years at a rate not seen for some time.  There have certainly been a number of recent indications that the prolonged soft insurance market conditions in both the commercial and mutual sector may soon start to change. The reasons for this are not entirely clear, but may involve the recent deterioration in technical performance by both the protection and indemnity clubs and hull and machinery underwriters, which could in turn lead to a firming of the rates which owners are required to pay. Then again, we have seen before how difficult it can be to make premium increases stick, particularly in the commercial market.

“Shipping faces some major challenges over the next two years as it seeks to position itself as an environmentally-aware, technically-savvy industry. It must expect fluctuations in the level of operating costs caused by a variety of factors ranging from movements in oil prices to shifts in levels of manpower, from fluctuations in the value of the dollar to the ramifications of geopolitical developments around the world. The movement in some costs is easier to map and predict than in others. The movement in others still, such as the cost of regulation, is becoming easier to predict as implementation deadlines draw ever closer. The movement in yet others, such as the cost of fighting cyber-crime, can only be guessed at for the moment.

“One thing is clear. The cost of operating effectively and profitably in the modern shipping industry must be met chiefly by revenues generated from day-to-day operations. Shipping remains an optimistic industry but, if the evidence of the freight markets is to be believed, it may not be charging enough for the unique service that it provides.”