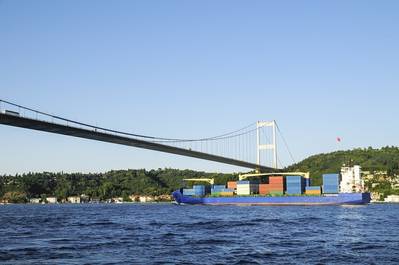 Turkmenistan on Wednesday opened a new $1.5 billion cargo and passenger seaport on the Caspian Sea aiming to boost its export revenues by handling shipping traffic between Asia and Europe.

The Central Asian country's main source of hard currency is its gas exports, which took a hit when Russia, once its main customer, stopped all purchases in 2016 after a pricing dispute.

The port, in the city of Turkmenbashi, will more than triple Turkmenistan's cargo handling capacity to 25-26 million tonnes a year, the government has said.

Speaking before the official opening ceremony, Turkmen President Kurbanguly Berdymukhamedov said Ashgabat was ready to discuss the use of the seaport with its landlocked neighbours, a reference to Uzbekistan and Afghanistan.

Turkmenistan already has a railway link with China through neighbouring Kazakhstan and the new port could help Ashgabat win a slice of cargo flows moving between China, the Middle East and Europe. Russia, Azerbaijan, Kazakhstan and Iran also have Caspian ports.

The new port also has container handling facilities and a polypropylene terminal which will handle products from a nearby plant which is set to be launched later this year.

Turkmenistan does not report how much cargo its existing Caspian port currently handles.