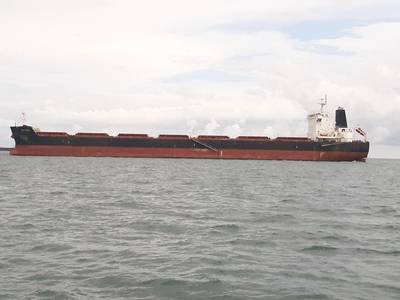 Shipping companies running itinerant merchant vessels known as tramps are concerned about sourcing fuel to comply with one of the biggest ever shake-ups of the industry next year, the head of the International Chamber of Shipping (ICS) said.

The International Maritime Organization (IMO) has banned the use of fuel with a sulphur content exceeding 0.5% from the beginning of January 2020, down from a maximum of 3.5% now, unless it is to power a ship equipped with a "scrubber" to clean the pollutant from exhaust emissions.

"We believe the (fuel) supplies will inevitably be patchy outside the main bunkering ports, which is of particular concern to the tramp sector," Guy Platten, secretary general of the ICS, told Reuters in an interview.

The ICS represents shipping companies that transport 80% of the world's merchant tonnage, according to its website.

Tramp trading vessels don't have fixed schedules and go from port to port dropping off and picking up cargoes - anything from dry bulk ores and grains to energy products, livestock and general merchandise - on an availability basis.

"The tramp trade sector is very concerned," he said.

"There's a process (to buy high sulphur fuel oil) if you absolutely can't get any compliant fuel, but it's the last, last resort because of all the ongoing things you would have to do afterwards like cleaning tanks," Platten said.

There are also safety issues in terms of the compatibility of different fuel blends for ship engines, he said.

The move by the IMO to cut pollution in shipping has been described as the industry's biggest fuel transition since it moved from burning coal to oil in the early 20th century.

Stockpiles of low sulphur fuel oil (LSFO) are being built up but mainly in major bunkering centres such as Singapore, the world's biggest bunkering hub.

There are about 7 million tonnes of LSFO and related blendstocks in floating storage in Singapore and neighbouring Malaysia, with another 2 million tonnes of fuel fitting the new specifications in landed storage.

Less than 10 percent of the world's merchant fleet are in dockyards getting scrubbers fitted, mostly the largest tankers and bulk carriers, Platten said, suggesting that demand for LSFO will grow rapidly.

"There will be a real switch over to the new fuels over the next two or three months and it will be interesting to see what problems arise" for ship engines and fuel availability, Platten said, although he expected any issues to be eventually resolved.

The tramp sector will account for about 40% of global demand for compliant low sulphur fuels, the ICS says, citing a United Nations maritime study and IMO fuel consumption estimates.