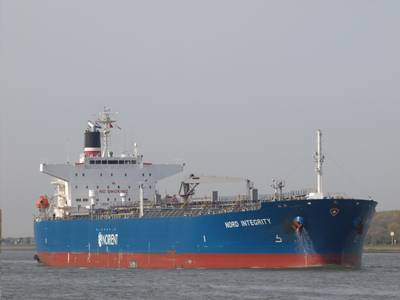 “We see great alignment when we have partnered previously and we expect that to lead to more mutual wins in the future through NSSM,” said Captain Rajesh Unni, CEO & Founder of Synergy Group.

The formation of NSSM further cements the partnership between Synergy Group, one of the world’s leading ship managers with a fleet of over 300 vessels, and Norden, the globally renowned independent shipping company founded in 1871 and listed on the Nasdaq Copenhagen exchange. Last year, Norden appointed Synergy Group to manage its fleet of owned bulk carriers, with management services provided from Synergy’s head office in Singapore and its technical office in Chennai, India.

NSSM will manage Norden’s current fleet of medium range (MR) and handysize product carriers from its headquarters in Copenhagen, Denmark, with additional technical support provided by a 100%-owned subsidiary based in India.

Seafarers currently employed directly by Norden will be transferred to the joint venture where they will continue their employment on Norden-owned vessels under the same terms and conditions as before. All other seafarers will be offered new contracts through Synergy.

“Both teams are conscious about opportunities to make a difference in the industry,” Unni said. “Culturally the teams have much in common and that to me is the key to this partnership.

Christensen said he expected NSSM to benefit from Synergy Group’s longstanding reputation for excellence in all areas of ship management. “Synergy has shown time and again that it is uniquely equipped to take on the most demanding technical and commercial ship management challenges while also embracing the progressive core values of Norden on issues such as gender diversification, crew welfare and sustainability,” he said.

“Both organizations are fully aligned on these core values and in our shared view that digitalization, smart shipping and the deployment of cutting-edge technology are critical to the successful management of vessels in the modern age.

“Together as NSSM, we will be able to deliver the full range of technical, crewing, training and technological service excellence required by Norden.”