US Sorghum Ship Switches Destination from Spain Back to Asia 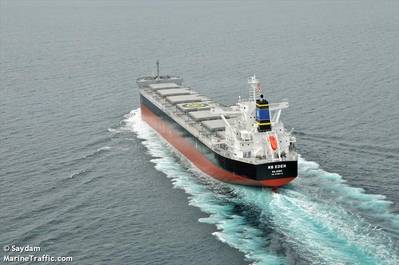 This marks the second U-turn for the ship amid a trade tussle between the United States and China. Anti-dumping measures announced by Beijing in mid-April led exporters to divert hundreds of thousands of tonnes of U.S. sorghum. But China dropped its sorghum probe on Friday in what was seen as a goodwill gesture.

The RB Eden initially loaded at grain merchant ADM's elevator in Corpus Christi, Texas, on March 18, according to U.S. Department of Agriculture data. It then headed towards Asia before turning around in the Indian Ocean and sailing towards the southern Spanish port of Cartagena via the Canary Islands.

The vessel then turned round off the Spanish coast on Friday and on Tuesday and changed its destination to Singapore, Eikon data showed. It has just passed the Canary Islands and is due to arrive in Singapore on June 26.

Singapore is a common transit point for ships travelling to Asian countries including China. The final destination of the cargo was not clear.

Before re-routing again, the RB Eden was set to be the fifth U.S. sorghum cargo switched from China to Spain. Three vessels have already reached Tarragona port in northeast Spain and a fourth is still heading there.