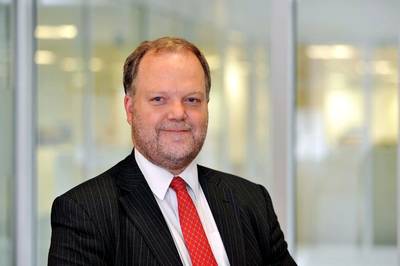 Shipping confidence reached a four-year high in the three months to end-February 2018, according to the latest Shipping Confidence Survey from international accountant and shipping adviser Moore Stephens.

The average confidence level expressed by respondents was up from 6.2 out of 10.0 in November 2017 to 6.4 this time. Confidence on the part of owners was also at a four-year high, up from 6.4 to 6.6, while managers’ confidence was up too, from 6.1 to 6.4. The rating for charterers, however, continued its recent erratic performance – down to 5.0 from 7.7 in November 2017, but up on the 4.7 recorded in August 2017. Confidence on the part of brokers, meanwhile, was down from 6.3 to 6.1.
Confidence was up in Europe from 6.3 to 6.6, equalling the highest ever rating for this category of respondent in the life of the survey, which was launched in May 2008 with an average confidence rating across all respondents in all geographical areas of 6.8. Confidence was also up in Asia, from 5.7 to 6.3, and in North America, from 5.8 to 5.9.
The likelihood of respondents making a major investment or significant development over the next 12 months was up on the previous survey from 5.3 to 5.5 out of a maximum possible score of 10.0, its highest level since May 2014. Of note was the increased confidence of charterers (up from 6.2 to 6.8) and of managers (up from 5.3 to 5.6). Geographically, increased expectations of major investment were highest in Asia (up from 5.0 to 5.8).
The number of respondents who expected finance costs to increase over the coming year was up from 59% last time to 64%, the highest figure since May 2008 (66%). One respondent said, “Starting next year, the industry looks set to benefit from capacity reductions at shipyards, but the cost of funding will rise for most market participants.”
Demand trends, meanwhile, were cited by 24% of respondents as the factor expected to influence performance most significantly over the coming 12 months, followed by competition (19%) and finance costs (15%). According to one respondent, “The supply and demand equation will balance out in line with industry growth rate over the coming years.”
The number of respondents expecting higher freight rates over the next 12 months in the tanker market was down by five percentage points on the previous survey to 39%, whilst those expecting lower rates were unchanged at 13%. Meanwhile, there was a four percentage-point increase, to 54%, in the numbers anticipating higher rates in the dry bulk sector, accompanied by a four percentage-point fall to 8% in the numbers anticipating lower rates. In the container ship sector, there was a two percentage-point increase to 38% in the numbers expecting higher rates, and a three percentage-point fall, to 12%, in those anticipating lower rates.
One respondent said, “The shipping market is still characterised by high volatility and excess tonnage in most sectors, particularly bulk carriers and tankers, but there is cause for slight optimism.”
When asked to predict where per-barrel crude oil prices would be in 12 months’ time, 36% of respondents opted for the $60-$69 range, as opposed to 29% when the same question was posed in February 2017. The 19% of respondents who opted for the $50-$59 range was just half the 38% who did so last year, while 28% of respondents favoured the $70-$79 price range, as opposed to just 10% 12 months ago.
Richard Greiner, Moore Stephens partner, Shipping & Transport, says, “The volatile nature of the shipping industry dictates that optimism should be tempered with caution. But a four-year high in confidence must be welcomed as extremely good news.
“Shipping is more confident of making a major new investment over the next 12 months than at any time in almost four years, even though finance will probably be costlier to access in the year ahead. Net freight rate sentiment is positive in all main tonnage categories and, whilst slightly down in tankers, it increased both in the dry bulk and container ship trades.
“Familiar problems persist. Excess tonnage in many trades and insufficient demolition levels continue to perpetuate uncertainty, and freight rates are not yet at the levels required to turn promise into reality. In the wider world, the impact on shipping of continuing political unrest in the Middle East, the US President’s proposal to impose tariffs on US steel imports, and the response of other countries to this, remains to be seen. All of this serves to underline how vulnerable shipping is to geopolitical influences. But the industry must take heart from its proven durability. Confidence breeds confidence, and confidence breeds success.”
• Europe • finance • finance costs