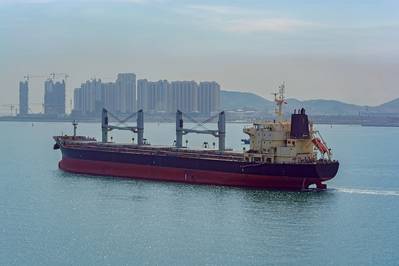 China's Shanghai Futures Exchange (ShFE) said on Friday it would extend a waiver on delivery fees for all commodities traded on the exchange and the subsidiary Shanghai International Energy Exchange (INE) by one year, to Jan. 10, 2022.

The ShFE and INE had in March waived the fees until Jan. 8, 2021, in an effort to ease the financial pressure on market participants, who at the time were reeling from the impact of the novel coronavirus outbreak in China.

Base metal stocks in ShFE-registered warehouses were mounting then amid a collapse in consumption but have dropped sharply since, as China's rapid economic recovery from the virus spurs demand.

The ShFE issued a statement on the waiver extension shortly after its inventory data showed deliverable copper stocks fell 16% from the previous week to 82,092 tonnes, the lowest level since October 2014.

Zinc stocks are now at their lowest since January, while low aluminum inventories recently helped propel ShFE aluminum prices to a nine-year high.

The SHFE also trades fuel oil, rubber, gold and silver, while INE contracts, which are open to foreign investors, include crude oil and bonded copper.