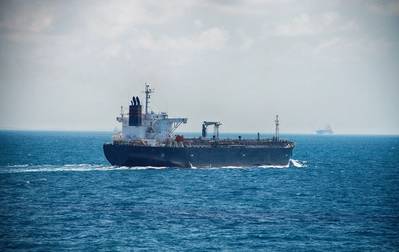 Roger Adamson, Futurenautics Maritime’s chief executive officer, presented to a London audience yesterday the key findings from his research organization’s newly released Crew Connectivity 2018 Survey Report, sponsored by KVH Industries, Inc. and Intelsat S.A. The report is based on a survey of 6,000 serving seafarers, the largest sample to date to complete the wide-ranging questionnaire covering onboard attitudes to the digital transformation sweeping the industry.
According to the report, more seafarers than ever have access to connectivity: Some 75 percent of seafarers can now use the Internet at sea, which is a rise of 32 percent or over half a million more crew (520,000, to be exact) since the last survey three years ago. Futurenautics Maritime conducted the first survey in 2012, in an effort to provide data of value to the maritime industry.
“It’s our belief that collaborating and sharing information can accelerate the pace of transformation in shipping and maritime, and begin to understand and solve big problems,” says Mr. Adamson. “The Crew Connectivity survey is a clear demonstration of that process in action.”
The report’s findings show a change in mindset among seafarers regarding many aspects of connectivity. Among the key findings:
“This is an extremely exciting time for the maritime industry, as digitalization begins to transform ship operations and open up many opportunities to keep this industry vital,” notes Martin Kits van Heyningen, KVH’s chief executive officer. “We are delighted to support this report, which reinforces the importance of connectivity and how it is changing the life of the individual seafarer.”
“This report further emphasizes the need and desire—from shipping crews to passengers—to have robust, flexible networks that enable always-on connectivity,” says Shane Rossbacher, Intelsat’s director of maritime product management. “We are gratified to see that global high throughput services have further enhanced the ability for ship operators to improve the lives of crew members by providing additional services and the ability to stay in touch with home as well as boost the efficiency of vessel operations.”
In addition to sponsorship by KVH and Intelsat, the report received support from leading maritime organizations BIMCO, Alpha Navigation, PTC, ISWAN and InterManager.
• Intelsat S.A. • KVH Industries Inc. • Martin Kits van Heyningen