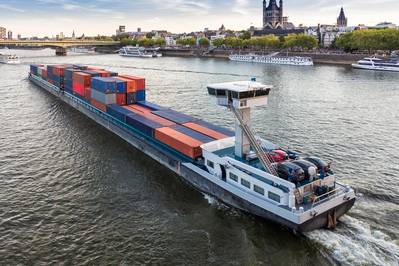 Water levels on the Rhine in Germany have risen after rain in past days but are still too shallow in northern areas for cargo vessels to sail fully loaded, traders said on Friday.

Repeated rain this week has raised water to normal levels in central and southern sections of the river. But the Rhine is still too shallow for normal sailings in northern sections around Cologne and Duisburg, traders said.

More rain is forecast over the weekend and early next week, which could help bring improvements.

The Rhine is an important shipping route for commodities including grains, minerals, coal and oil products such as heating oil. German companies faced supply bottlenecks and production problems in 2018 after a drought and heatwave led to unusually low water levels on the Rhine.