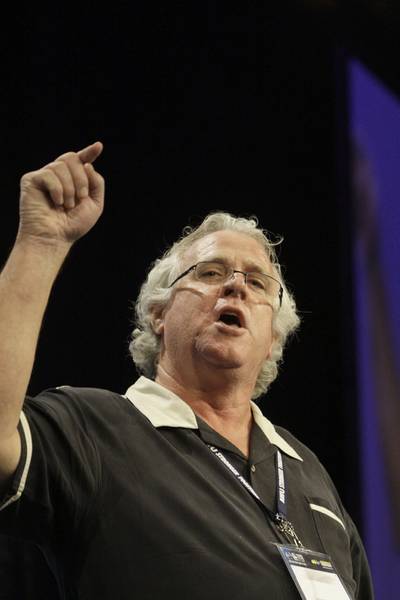 The ITF (International Transport Workers’ Federation)  called for all-party talks on the future of the port of Rotterdam, as dockers refused to unload a ship loaded at the new Rotterdam Gateway (RWG) terminal. RWG, unlike other companies at the port, refuses to negotiate a collective bargaining agreement with port workers, who are represented by the FNV Havens union.

On Sunday the vessel Alsvin loaded containers at RWG, in what was believed to be a test operation. It then moved to the ECT terminal in Rotterdam to discharge them. Dockers refused to unload them.

ITF president and chair of the ITF dockers’ section, Paddy Crumlin, stated, “Rotterdam is a giant among the world’ ports and should be a model of good industrial relations. It is notable that all the operators there bar one have signed agreements with the union representing its workers. This is despite many previous warnings and widespread concern about the port’s future.”

Crumlin said, “We urge all parties, and that includes not just all operators and port authorities, but also the shipping lines, to get together to defuse this situation and reach an agreed settlement to ensure the dispute does not escalate more widely.”

Port of New Orleans Board Elects Jensen as Chairman