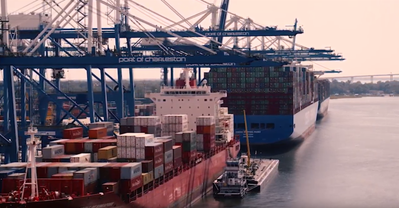 SCPA handled 210,542 twenty-foot equivalent container units (TEUs) at the Wando Welch and North Charleston container terminals in July, up 5% from the year prior.

As measured by the total number of boxes handled, SCPA moved 119,700 pier containers in July, up about 5% from a year ago.

Inland Port Greer had its second-busiest month and strongest July ever with 15,338 rail moves, up 57% from this time last year.

Inland Port Dillon, now in its second year of operation, reported 2,889 rail moves in July, up 122% from a year ago when operations were ramping up.