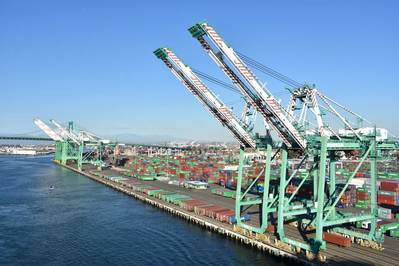 The Port of Los Angeles, the nation's busiest for ocean trade with China, processed fewer containers of imported and exported goods in October as the U.S.-China trade war roils the domestic economy and global supply chains.

The data came amid reports that China and the United States have agreed to roll back tariffs on each others' goods as part of the first phase of a trade deal.

"We expect soft volumes in the months ahead and with the holiday season upon us, less cargo means fewer jobs for American workers," said Seroka, who called for a negotiated settlement to the trade standoff between Washington and Beijing.