Port of Rotterdam Throughput Flat in 2019 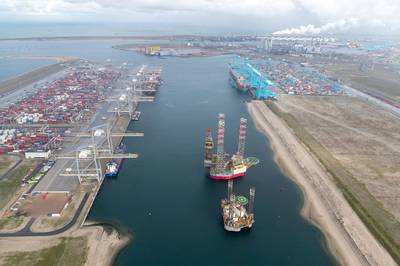 The largest seaport in Europe Port of Rotterdam saw a freight throughput of 469.4 million tonnes in 2019, fractionally higher than in 2018 (469 million tonnes).

Over the past year significant progress has been made with digitization and the energy transition, in particular through the launch of PortXchange, the proposed expansion of the heat supply network, and the agreement between the Port Authority and various companies to work towards the capture, transport and storage of CO₂.

Allard Castelein, the Port of Rotterdam Authority CEO said: "The Port of Rotterdam has matched the transhipment volume recorded in 2018. Of course, we are working hard to further increase our leading position and are investing heavily to achieve this. However, the success of a modern port cannot be measured by throughput tonnage alone."

Allard added: "Our customers no longer just want increased throughput capacity, but demand a better, faster and, above all, smarter port. Equally crucial for the future is that industry succeeds in accelerating the energy transition so that the Port of Rotterdam can make a real impact towards achieving the Dutch climate objectives. To help make this happen we need a decisive and proactive government that works together with the business community.’