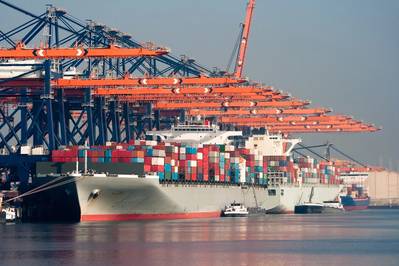 A no-deal Brexit could lead to serious problems in Rotterdam, Europe's largest port, which handles around 40 million tonnes of goods to and from Britain every year, port authorities said on Thursday.

Britain's departure from the European Union without an agreement on the terms of its separation remains a possibility. That would create major traffic jams at Rotterdam as it scrambles to create parking for trucks lacking the right paperwork and for inspections of goods arriving from the UK,

"The first days after Brexit will for sure bring unrest and insecurity", Port Chief Executive Allard Castelein told reporters. "We have done everything to be as well-prepared as possible, but there will always be problems."

The port's main concern is that truck drivers from all over Europe will arrive in Rotterdam with goods destined for Britain but without permits for export to a country outside the EU. They would not be allowed onto terminal sites, which could lead to major stoppages on the busy roads surrounding the port.

Castelein said port authorities are working to convert a large piece of farmland on the south side of the port into a parking space for around 200 trucks, where drivers can arrange permits, then continue their journey within 24 hours.

Another large source of concern is the way Britain will deal with goods destined for the EU.

"Real talks about how both sides will handle the implications of Brexit were impossible as long as the negotiations between Britain and the EU went on", Castelein said. "So how thing will work on the British side is still a black box."

The terms of Britain's departure from the EU are still in doubt. The British parliament will hold a vote later on Thursday that might lead to the defeat of Prime Minister Theresa May's latest plan for negotiations with the EU.

The Netherlands is recruiting 300 new customs workers and dozens of veterinary doctors to ensure it has enough inspectors for a no-deal Brexit.

Direct Brexit costs will remain marginal for the port itself, Castelein said. "But in the long term, the costs can be high, if this leads to a recession in the UK, decreasing trade."

The Netherlands, the euro zone's fifth-largest economy, expects to incur 2.3 billion euros ($2.6 billion) in direct costs by 2023 if Britain leaves the EU next month with no transition agreement.