Polarcus Appoints Starr as Next CEO 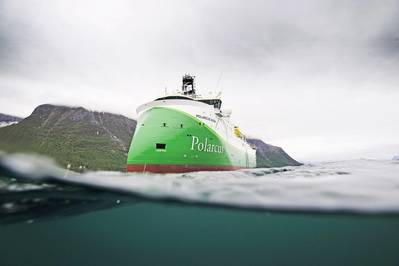 Following a comprehensive selection process, Polarcus Limited’s board of directors has chosen Rod Starr to succeed Rolf Ronningen as chief executive officer. Ronningen, who informed the board of his planned retirement in 2014, will continue as CEO until Rod takes up his appointment, expected early Q1 2015.
Starr joins Polarcus from TGS-NOPEC Geophysical Company. He has over 30 years industry experience, starting his career with Unocal where he spent 16 years in various planning and financial roles before moving into the oil services sector where he has held senior sales, business development, marketing and managerial positions. Prior to joining Polarcus, Rod served as Senior Vice President Africa, Middle East and Asia Pacific and most recently Senior Vice President Western Hemisphere at TGS.
Ronningen has been with Polarcus since its inception in 2008 during which time the Company has taken delivery of eight sophisticated 3D seismic vessels and established itself in the industry as a market pioneer having an ethos of exploration with environmental responsibility.
• Rod Starr • Polarcus Limited • TGS-NOPEC Geophysical Company